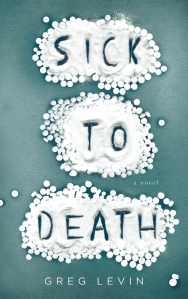 Gage is a vigilante with nothing to lose and a tight schedule to keep. Cancer is killing him – but it turns out that his efforts to balance life’s books have an unexpectedly positive effect on his prognosis. ‘Sick To Death’ deals unflinchingly with the daily grind that is the tedious business of dying with pitch black humour that rarely turns bleak or bitter.

Witty and wry, the action escalates from Gage’s opening efforts (in which he hectors neighbourhood ne’er-do-wells for their antisocial behaviour) through a thoroughly enjoyable sequence of fist-fights, ambushes and poisonings – building up to the ultimate in ‘affirmative action’ being undertaken by a sure-shot professional sniper with a heart of stone. Who also happens to be dying.

It’s a romp. Easy to read and thoroughly entertaining.

As well as that, ‘Sick To Death’ is also massively thought provoking. Author Greg Levin disguises a solid moral discussion with romper-stomper action sequences and several sections that are obviously intend to outrage or appal those of a sensitive nature. Levin also has serious things to say on the subject of bandwagon fundamentalism generated by social media… not to mention the tricky subject of how friends and family are supposed to behave when someone close gets THAT diagnosis.

The result is a satirical thriller which says serious things as well as telling a stonking story. It’ll appeal to readers who enjoy Dexter’s adventures – for me it ranks alongside Josh Bazell’s ‘Beat The Reaper.’ 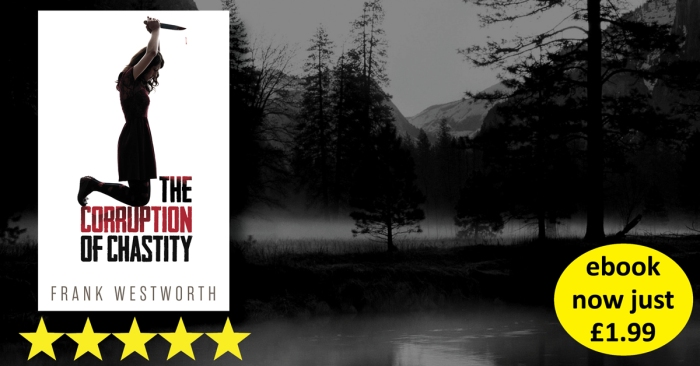 THE CORRUPTION OF CHASTITY is ‘ thunderous read, laced with sassy dialogue and artistic violence.’ Find it at Amazon