It’s 1939 at the Berghof. A Nazi apparatchik just got shot – on the terrace where Hitler takes his tea! When I picked up the 12th book in the Bernie Gunther series I was fully prepared to report that the modern thrillers aren’t a patch on the original Berlin Noir trilogy. Duh. Wrong again. Overall, Prussian Blue is excellent – a proper murder investigation set in the most intriguing circumstances you might imagine.

The action starts in 1956, but the heart of this story is set back at the beginning of WW2. As ever, the cynical and snarky Berlin detective must balance the demands of his fascist masters with his increasingly dangerous compulsion to do the right thing. As ever, Bernie is steered by his own moral compass to stay just about on the side of the righteous, although the compromises he must make are becoming ever harder to justify. As ever, his wiseass mouth gets him into all kinds of trouble. As ever, there’s attractive women tend to lead him astray. And, as ever, SS thugs and SD agents are quite keen to bust his balls. Or his skull. It’s all the same to them.

The 1939 narrative is set not long after the events of March Violets, which I recently re-read. The two styles are chalk and cheese – recognisably the same character and situation, but very different storytelling. If author Philip Kerr wielded a scalpel while writing March Violets, then these days he gets paid by the word. Many people will prefer the style of Prussian Blue; much more description and exposition, a lot less homage to American hardboiled crime.

Whatever you think of the style, the story itself is superb. It’s a genuinely intriguing, multi-layered whodunit, packed with possibilities. The shooting looks like a political killing, and there are plenty of hard-faced, blonde-haired, ambitious and angry men who might have done it – and who could be plotting another, more sensational assassination. But the murdered man has his own chequered history, and Kerr skilfully builds a thoroughly rewarding story around both possibilities.

As usual, Kerr’s historical detail and references are impeccable; it’s almost impossible to tell where reality ends and fiction begins. It was a canny move, telling a story from WW2 without breaking the overall series continuity. I enjoyed the flashback to Bernie’s earlier existence more than other recent books where the action takes place post-war.

But there is no escaping the unnecessarily unwieldy length of this book. The lumbering sequences in 1956, which are interspliced with the 1939 story, detract from the main narrative, slow the pace and add very little atmosphere or tension. Prussian Blue contains two stories, and the 1939 one is by far the better. 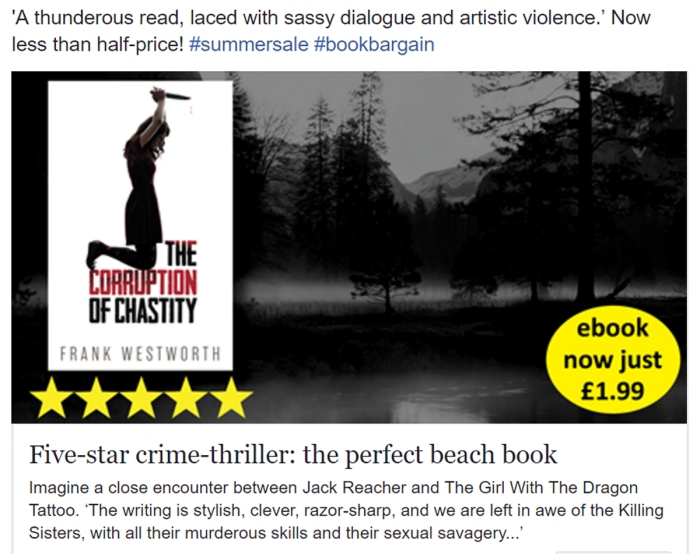 Find THE CORRUPTION OF CHASTITY at Amazon

One thought on “Prussian Blue: murder at the Berghof”