Crime fiction takes us to the darkest domains of the human condition. It’s a psychologically safe space where inspired writers can explore criminal, social and moral injustice – hooking the audience with a compelling narrative and captivating characters.

‘Ice Cold Alice’ does all this and more. On one level, it’s a rollicking romp of revenge with a violent vigilante who explodes onto the social media scene, punishing the evil, protecting the innocent and challenging the authorities. Peel back the layers and it becomes a deeply personal study of the soul of society – our society, which turns a blind eye to generations of domestic abuse.
Time to ask the author some tough questions, then.

‘Ice Cold Alice’ is a fabulous title. Likewise, Alice’s online alias of ‘Tequila Mockingbird’. Wonderful wordplay which works on several levels. That’s not a question, just a shameless moment of flattery to soften you up…
Thanks, Rowena. The book was originally titled ‘Alice’ but my publisher suggested ‘Ice Cold Alice’ and I loved it.
‘Tequila Mockingbird’ was just one of those little quirks that come to you when you’re half asleep. I love those moments, like the smart kid in class just slipped you the answers.

What inspired you to write a novel with domestic violence as its central theme?
It’s an issue that’s been with me my entire life. I grew up in a house where domestic violence was the norm. My mum suffered terribly at my dad’s hands. She found courage from somewhere and removed us from the house. In later years she married a man who mentally abused her, which to her seemed a step up.
It’s a complex and a very simple issue, and one that I never feel far from.

When the Charles Bronson ‘Death Wish’ films were popular, there was a big debate about the justification of violence, and the difference between justice and revenge. Did you intend to encourage your audience to consider the moral sub-text in ‘Alice’? Or did you just set out to write a rip-roaring story with a massively motivated heroine? 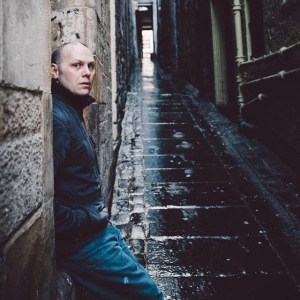 The lead character in ‘Ice Cold Alice’ began as a vengeful, brutally-efficient serial killer who utilised a unique weapon. Alice was meticulous in her preparation for her kills. Infallible in their execution. Surgical in her methods, and forensically perfect in leaving the crime scene behind.
Alice began her fledgling life as a clinical, utterly precise killer of abusive men. A vengeful ghost of a woman who stalked, killed and fled with no trace. A Mary-Sue psychotic.
She didn’t remain that way for long.
Alice is, without doubt, the most complex character I’ve had the pleasure to write, to date. A true feminist, she targets the worst type of men in society; those who belittle, emotionally imprison, mentally torture and physically beat their spouses. Those who demand utter perfection from their partners and press their expectations and will upon those they profess to love. Those who leech the self-esteem and spirit from their partners or children.
Alice punishes these men for their sins and frees their spouses that they might rebuild their lives.
She is not, however, the feminist caricature that the mainstream media loves us to accept as the standard for feminism. Alice’s entire support network is male. She loves men, she depends on them, and they on her. Alice and her confidante, Seb, enjoy a closeness transcended by gender or sexuality or friendship. She could not function without his guidance and support. He would have no life without her mission. True equals, a team.
Alice has a point to prove, a mission and a goal in mind. Man-hating is not that goal. Saving abused people, and making society care about them is. Alice is a true feminist, one who strives to increase womens’ voice and worth. To make all people truly equal.
A person who chooses to do this, who gives the entirety of their existence to this cause, cannot be a simple killer, no matter how skilled or dedicated. They must be single-minded and skilful, without question, but they must also suffer from the most severe empathy for their peers. Alice cannot endure in the knowledge that the weak are preyed on by the strong. She detests that society at large chooses to ignore or enable this abuse. She will do whatever it takes to put this abuse into the public consciousness and force governments to act.
Alice is a woman who was utterly destroyed by a single event in her early twenties and who has systematically rebuilt her will, her emotional resilience and her body, gaining the necessary strength to commit these acts whilst in possession of an absolute certainty that what she is doing must be done, and is the right thing to do.
This Alice, a woman who is capable of being a murderer, a saviour and of feeling so intensely the pain of the abused, could never be a simple, tawdry killer. She had to be formidable, vulnerable, grotesque at times, merciless, and consumed by compassion for the victimised. She had to be someone the reader will love and hate, sympathise with and abhor.

Why did you choose to publish ‘Alice’ under a pseudonym? Is there a bit of gender obfuscation going on here – is the gender-neutral ‘CP Wilson’ more likely to appeal to a broader audience than ‘Mark Wilson’ might?
Yeah, a bit. I wanted to place the series apart from my usual genre-hopping books, so a pseudonym made sense. I most definitely have chosen ‘CP’ (my kids initials) due to the gender neutrality.
In my horror series, dEaDINBURGH, one of the two main protagonists is a young woman who was raised in an all-female community. The community banished all men, killing several, when she was an infant. The character was raised believing that men are dangerous, untrustworthy and weak.
Off the back of this character, I had so many comments on how ‘a man managed to write women well’… well, I got sick of it. Hence hiding behind a gender neutral name for this project.

Most of your others books which I’ve read feature male protagonists (often joyfully unreconstructed and far-from-PC male protagonists). How did you enjoy writing two female lead characters? Was there anything you found particularly tricky about bringing Alice and policewoman Kathy to life?
See previous answer. I have female main characters throughout my books. I categorically don’t ‘write women’, I just write people. Women are just more complex and therefore interesting than men as people so I gravitate towards them. Most of my friends are women, and have been throughout my life.
Also, my heroes are all women (my mum, my gran, my wife, my daughter and Robin Hobb).
I actually find writing the male, anti-hero, characters much more difficult.

Alice uses a very particular weapon, one which dates back to golden age detective novels and locked-room mysteries. What’s that about?
I have a biology-based degree and got to use it for a change. I sat and thought about a weapon that’d leave no trace behind. Ice was the obvious answer, from there I just had to make it work.

Alice rides high performance sports motorcycles for transport – from the way they’re described, I’d guess you don’t ride a motorbike yourself. Bikes aren’t particularly practical for going equipped to B&E, and women riding bikes tend to be very memorable. That’s not so useful if you’re trying to sneak around under the radar, so why did you choose that mode of transport for her?
You got me. I just thought it’d be cool.

You play around with perspective in the narrative, swapping from first-person the third-person. You also chop the timeline around, alternating between segments in the past and present. This style allows you to drag the reader along with multiple cliff-hanger moments and the intrigue of an unfolding story, but it also risks confusing the reader. Why did you opt to tell ‘Alice’ in this way?
I don’t read crime or psychological thrillers, but I did a little research as I was writing Alice. I found that most of the books in these genre were generally linear and mostly in first or third-person, past tense.
I hate writing to a genre or a formula, and actually had some established crime writers email me once discovering I was doing a crime book to offer their template for plot points, dialogue etc.
For me, that’s a horrific way to write a novel.
I needed the book to flip between past and present for some of my reveals to work. I chose third person for Kathy, and first person for Alice quite deliberately. I wanted Alice’s chapters to be seen through her eyes and to feel intimate, immediate and pacey.
I needed Kathy’s segments to feel more analytical, considered. More mature in some ways.
I’m aware that some readers of the genre won’t engage with the story cos of the way I’ve constructed it, but following the established rules makes my writing stale, and strips the story of all spontaneity. So I told the story the way I wanted it told.
And would the story be as compelling if it was presented in a more conventional linear fashion? Absolutely not. The reveals would strip away the complexity of the Alice character if they unfolded linearly.

You disrupt and subvert several gender stereotypes in ‘Alice’, not just in the story of the central character but with the female lead detective, Kathy’s colleagues and her husband – and it’s wonderful to watch the characters escape from typical stereotypes. Even so, the theme of the story seems to be one of redemption through parenthood, specifically motherhood. There’s a suggestion that people in general, and women in particular, need children to lead a fulfilling life. Doesn’t that reduce the human experience to its most basic: eat, breed, die? Doesn’t this subordinate the rich complexity of human creativity to little more than the genetic imperative
My wife made exactly the same comment on reading the book. ‘You gave her all these skills and focus then she dropped it all simply to be a mum. That’s shite’.
Yes, you both have a valid point, but there’s a longer story at work for Alice. Her character has gone through significant development and will continue to adapt.
I wanted her to come full-circle by the end of book one. I needed her to recoup an early loss from the time of her birth as a killer. I needed her to rediscover who she thinks she was when she was born into violence.
In book two Alice will discover that Tequila isn’t so easily suppressed and motherhood certainly isn’t the catalyst she dreamed would change her.

Did the final story turn out the way you expected when you started writing it? Or did Alice herself take over?
Alice moved in ways I didn’t anticipate. It’s the same with every book and for me absolutely the best part of writing. Discovering what’s going to happen in the next segment as I write is what motivates me.
Only once have I forced a plot to develop the way I’d foreseen it.
It was shite, I binned it and started again.

And finally… Lisbeth Salander or Clarice Starling?
Clarice all day long. In my mind Alice is Hermione Norris.

‘Ice Cold Alice’ by CP Wilson is published on 20 April 2017.
Drop back to MMM then to see our review, or get your order in straight away at Amazon

Hook up with CP Wilson (and alter-ego Mark) at his blog, on Goodreads or at Amazon