A rapid round up of six of the best recently released murder mysteries, crime thrillers and killer reads from well-known writers and indie authors who you may not have met yet…

KINGS OF AMERICA by RJ Ellory
In this sprawling epic which spans three decades in the mid-20th century, master storyteller RJ Ellory brilliantly reveals the dark heart of the American dream. Danny has fled his native Ireland, on the run after committing a terrible crime. A fresh start in New York offers him some kind of salvation, and a new family in the form of other, equally desperate immigrants. As they swap the city slums and tenements for the glitz and glamour of the Hollywood Hills, so old secrets threaten everything with an impossible choice…

HEADS WILL ROLL by Joanie Chevalier
A medical thriller, set in the very near future. What if we could choose exactly the body we wanted? Select a perfect physique to suit our inner personality? Revolutionary new surgery makes this possible, but soon it stimulates the worst aspects of human nature. One man is so frantic for a new body that he stalks the doctor and bargains with a menacing ultimatum. An overbearing parent pushes his teenage daughter into becoming more beautiful to secure the right kind of husband. And one desperate individual soon discovers that demanding a new body can have fatal consequences…

GOLDEN PREY by John Sandford
Released from the shackles of his stifling stint at the Minnesota Bureau of Criminal Investigation, Lucas Davenport returns to his man-hunting roots as a special agent for the US Marshals. Now he gets to pick his own cases and follows the leads – directly into deep trouble. Davenport rapidly runs up against drug cartel assassins who don’t care who they kill, maim or torture. The 26th book in the series, Golden Prey give Davenport a new lease of life and showcases Sandford’s trademark snappy dialogue and sophisticated plotting.

THE JUNKYARD KIDS by Caleb Broderick
The gruesome murder of his parents leaves a boy psychologically disturbed and homeless. Together with his younger brother and other outcasts, he takes refuge in an abandoned junkyard where they are far from safe. He’s soon a witness to another murder and then brutally embroiled in a killing first-hand. On the run, the kids cross paths with his parents’ murderer and a deadly pursuit ensues with the young man’s fate balanced precariously on the edge of a lethal blade. 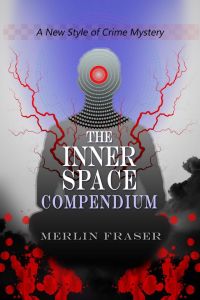 INNER SPACE by Merlin Fraser
This is not your usual murder-mystery novel but instead a trilogy of tales following Detective Inspector Burton as he attempts to make sense of a bizarre series of crimes. Burton is a simple, down to earth policeman, highly experienced in everyday crime but he is completely unprepared when his own boss is arrested for murder. Things take an even stranger twist when it seems that current events are being influenced by the paranormal effects of near death and out of body experiences. Burton refuses to accept that such things even exist… 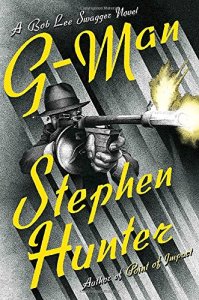 G-MAN by Stephen Hunter
The Swagger family series continues with Bob Lee, ex-Marine sniper, now a sharp-eyed 70 year old, investigating his grandfather’s buried past. The action switches back and forth between the 1930s mobster scene, where John Dillinger, Baby Face Nelson and Pretty Boy Floyd wreak havoc with Tommie guns, and Bob Lee’s chilling discoveries about a very special agent who was disowned by the FBI. Packed with intricate detail about the weaponry and the real-life men who wielded it, G-Man brings a sniper’s intense scrutiny to bear on a gripping period of lawlessness and disorder.

Follow the link to enter our giveaway: WIN A BRAND-NEW KINDLE FIRE!