Another intriguing selection of crime-thrillers and twisted tales from indie authors and best-sellers. This week’s round-up features short stories and full-length novels including gritty Britcrime, domestic noir, a slow-burn Icelandic investigation, an assassin seeking redemption and a chilling exploration into a warped personality… 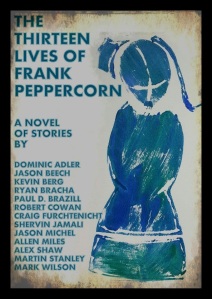 THE THIRTEEN LIVES OF FRANK PEPPERCORN
A collection of interlocking short stories by 13 gifted and hard-hitting writers, which explores the personal peculiarities of the past in 13 different ways to remember a dead man. When Betty bids farewell to Frank, her husband, she’s surprised by the number of people who attend his funeral. Turns out they each have a tale to tell about Frank and what he meant to them. Each experienced a distinctly different person and as Betty’s day goes by it becomes increasingly apparent that Frank was not the man she thought he was.
Proceeds from this anthology go to Alzheimer’s charities.
Full review coming soon! 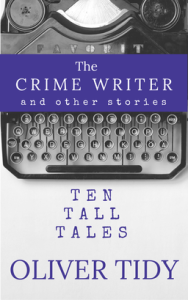 THE CRIME WRITER by Oliver Tidy
A collection of ten tall tales of varying length, nine of which fall squarely into the Britcrime category and one is a more gory story (but nothing X-rated). The title refers to a themed trilogy all about the perils of self-publishing via the barely-disguised ‘Nile UK’. Other short stories and novellas deliver nifty twists as conmen suffer a suitable satisfying come-uppance and conspirators turn the tables to immensely enjoyable effect.
Full review coming soon.

THE SHADOW DISTRICT by Arnaldur Indridason
The start of a new Icelandic crime series with a different cast of characters; very different in flavour to the popular Erlendur investigations. The mystery is split into ‘then’ and ‘now’. The repercussions of a murder in wartime Reykjavik, when a young woman in strangled in the city’s ‘shadow district’, resurface with the suspicious death of an elderly man in the current day. Enter Konrad, a retired detective with an unusual upbringing, and his historic counterparts – an American MP and an Icelandic investigator.
Full review coming soon.

THE SAINT JUDE RULES by Dominic Adler
Penniless and desperate, decorated solider Cal Winter is coerced into working for a band of freelance paramilitaries. After a decade of deniable killing, he plots revenge – but discovers the organisation has evolved into something awful. Winter assembles a careworn team of cast-offs and misfits to take on their enemy: a ruthless warrior elite of warfare specialists. The action gallops from Iceland to urban London, where Winter struggles to save the country he once scorned and fulfil his vow to be a better man. 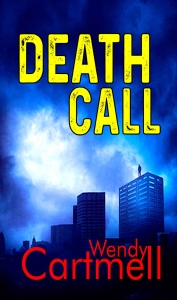 DEATH CALL by Wendy Cartmell
In a genuine emergency, everyone dials 999. But what if a rogue operator takes the call? This is the third ‘Crane and Anderson’ investigation, but you don’t need to have read the earlier books. Crane is convinced that someone has hacked a 999 emergency call centre and has to convince Anderson and the rest of the team that he’s not imagining things. There really is a killer on the loose and Crane has to find him. Not only in the pursuit of justice – but because this time it’s personal… 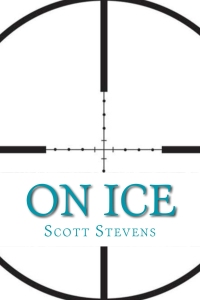 ON ICE by Scott Stevens
Tammy was a devoted housewife, living a quiet life raising her two children. Then her cheating husband began to abuse her. Escaping her loveless marriage proved harder than she thought… until she crosses paths with Kinkaid, a former US Marine now turned SWAT operative. His self-destructive alcoholism leads him to take the law into his own hands and into an unpredictable world of pain. Their meeting starts the pair on a trail of twists and turns which will redefine their lives, if it doesn’t destroy them first…

THE BLADE THIS TIME by Jon Bassoff
A man wakes to find himself in an abandoned subway station under New York City. He has no idea how he got there, no idea who he is. In his pocket he finds only a wad of blood-stained cash and a deck of playing cards. In this mysterious psychodrama, he rents out a cheap apartment, previously occupied by an enigmatic artist named Max Leider who’d left most everything behind—books, clothes, personal letters. But most peculiar are a series of paintings, each one of a mysterious woman hidden behind a curtain. Lacking his own identity, the mystery man becomes fascinated with Leider. He begins wearing his clothes. He begins painting on his canvases. He begins taking on his obsessions. But as his persona fully transforms into Max Leider, he will find some horrifying truths about the artist… and himself.
Full review coming soon!