Strong female protagonists are all the rage in this week’s new book round-up, but they’re also accompanied by a range of alpha-male former soldiers, covert agents and good old fashioned DCIs. Check out our selection of a dozen intriguing new titles and recommended reads, which include psychological thrillers, police procedurals, international espionage, domestic psychodrama, short stories, psy- and sci-fi thrillers and murder mysteries – set in England, the Americas and exotic locations (not all of them on this planet!)

DARK WATER by Simon Thould
A girl goes missing and her frantic mother begs for help from the one man with the ruthless skills to track her down. Alex Rafter, former sniper, is reluctant to go back to a life he is trying to forget but his own nightmares compel him to search for the girl’s sake. Rafter and his back-up embark on a murderous hunt which leads them from the wilds of the New Forest to the squalid back streets of Southampton. Along the way Rafter is offered assistance by a drug addict and would-be lover, but this could be a distraction… or worse. It becomes a race against time to find the girl before she is lost forever to the heartless world of people traffickers.

HOUSE OF SPIES by Daniel Silva
Although the Gabriel Allon thrillers have become less credible and rather routine as the series has matured, Daniel Silva can be relied upon to spin a solid story. This time, his hero – Mossad agent, assassin, and art restorer Allon – is out for revenge, determined to hunt down the world’s most dangerous terrorist. A shadowy ISIS mastermind known as Saladin has committed terrorist attacks in Europe and America, and leaves a trail of carnage through London’s West End. The attack is a brilliant feat of planning and secrecy, but Allon follows a loose thread back to a drug dealer, living the high life in the south of France… 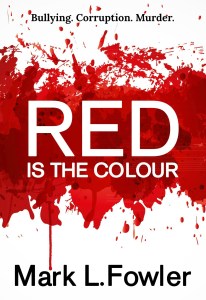 RED IS THE COLOUR by Mark L Fowler
The death of a bullied schoolboy in the early 1970s ripples down the decades when, 30 years later, one of his tormentors is brutally murdered in Stoke on Trent. The mismatched investigating officers are at odds: DCI Tyler has skeletons in his cupboard and left London to escape his past. The detectives reveal corruption and a cover-up – but can they put aside their differences to catch the murderer?

FEMME FATALE by Dominic Piper
When PI Daniel Beckett brutally foils an assault on a young girl, it leads to an offer of work from a sinister and unlikely source in London’s Chinatown. What starts out as a straightforward missing persons’ case soon takes on a more ominous aspect as he discovers a trail of blackmail, sadistic violence, conspiracy and murder, plus an influential, privileged and poisonous presence that seems to permeate all spheres of society.
The perpetrators, however, do not expect to encounter someone like Beckett; an intelligent, amoral and fearless individual with a skill-set developed during a covert and violent past. If you like your anti-hero to be hard, fast and snarky, then Beckett’s definitely your boy.
Full review coming soon

THREE MINUTES by Roslund and Hellström
Gritty and explicit, the DCI Ewert Grens series of Scandi action thrillers can be relied upon to pull few punches. Informed by the authors’ first-hand experience of the criminal underworld (or so we’re told), they’re a long way from the low-key slow-burn melancholia of traditional Nordic noir.
A disgraced Swedish agent is hiding from the authorities and the Polish drug mafia in Columbia. He becomes entangled with the local drug cartel – then the US DEA sign him up as an undercover informant. His precarious balancing act rapidly unravels when an American politician is kidnapped and he’s forced to turn to acerbic Swedish detective Ewert Grens – his former enemy, but now the only ally he might have.

BROKEN BRANCHES by M Johnathan Lee
Modern gothic is entwined in familial intrigue in this domestic psychodrama. Ian Perkins was never his parents’ favoured son, and he left the rural family home without looking back. Years later he returns with his own young family, seeking desperately to mend the fractures in his marriage and piece together the secrets in his parents’ past. But sinister forces in the isolated farmstead seem determined to separate him from his distraught wife. Could the whispered stories of a family curse be true? 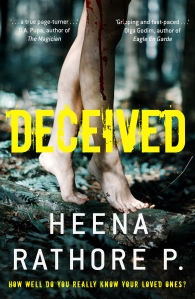 DECEIVED by Heena Rathore
Betrayal and uncertainty saturate the pages of this psychological thriller. A vulnerable young woman, still haunted by the murder of her family, hopes to start a new life with her lover. But as a revenge-driven psychopath plots and stalks a new victim, who can she depend upon? Her friends? Her family? Her lover? Her fragile sanity and life itself are threatened by deception and duplicity… 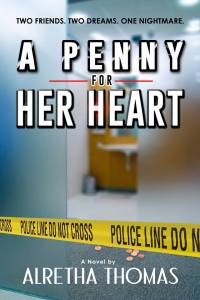 A PENNY FOR HER HEART by Alretha Thomas
Two strong female characters take it in turn to narrate this thoroughly modern mystery whodunit in the USA. A murder in city hall might be politically inspired – or it could be related to something rather more personal. Detective Rachel Storme soon finds herself delving into the underbelly of politics in search of the killer. No one is above suspicion, not even the mayor in a case so chock-full of dark and sinister twists and turns, it has Storme questioning her own competence.
This is the third Rachel Storme novel, but can be enjoyed as a stand-alone. 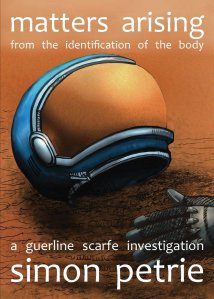 MATTERS ARISING FROM THE IDENTIFICATION OF THE BODY by Simon Petrie
A blend of hard sci-fi and criminal investigation, set in a future human society in a hostile environment where a young woman’s worst enemies may be the people she depends upon. Tanja Morgenstein, daughter of a wealthy industrialist and a geochemist, is dead from exposure to Titan’s lethal, chilled atmosphere. On the isolated moon of Saturn, investigator Guerline Scarfe must determine why Tanja died in this future noir novella.

MISSION KHYBER by Nik Morton
The third outing for psychic spy Tana Standish finds her in Afghanistan in 1979, under-cover, outgunned and behind enemy lines – just as civil unrest erupts and Soviet influence increases. As Tana makes new friends and new enemies in her constant fight against injustice, so old foes plot to ensnare her…
Tana owes her life to a Soviet psy-agent, Yakunin, although they’ve never met. Now Yakunin is threatened and Tana must respond, even though she knows this is surely a trap. Expect a tense battle of wits and some stand-out action sequences alongside plenty of authentic and well-researched historical background.
Full review coming soon

THE LATE SHOW by Michael Connelly
From the author of the mega-successful Harry Bosch books, this new series introduces yet another strong female protagonist, this time a young detective trying to prove herself in the LAPD. Detective Renée Ballard works the notorious graveyard shift; a thankless job, keeping strange hours in a twilight world of tragedy and violence, handing over her investigations as the sun rises, never getting closure.
Some nights are worse than others. And tonight is the worst yet. Two cases: a brutal assault, and a multiple murder with no suspect. Ballard knows it is always darkest before dawn. But what she doesn’t know is how deep her dual investigation will take her into the dark heart of her city, her department and her past…

THREADS IN DEW by Katja Bohnet
This collection blurs the boundaries between crime, horror and speculative fiction. In one story, a young man is stabbed and wonders why God is living in a room in a third-rate hostel. In another, a couple wander around an indefinite space between worlds. A woman whose fear of flying escalates sharply in an airplane lavatory. A couple of young adults on an idyllic island in the Pacific, are stalked by a predatory surfer. A psychopath seeks a new victim while trying to figure out how to best self-medicate. A series of sparse and sharp short stories which explore the darkest corners of the human experience: raw, brittle and dystopian.
Full review coming soon