The MMM Christmas survival guide: send everyone else to a party or the pub. Turn off all devices (apart from ereaders, obvs). Light candles. Raid emergency snack stash. Snuggle up on sofa with a brilliant book. And in case you need inspiration for that last item, here’s our round-up of recent releases in the crime/thriller category. A dozen different interpretations of the genre, from gritty pulp fiction to black-humoured Britcrime, via police procedurals, cosy capers, American adventures, Nordic noir and international espionage…

THE WAYS OF WOLFE by James Carlos Blake
Pull together the pulp perfection of John D Macdonald, the grassroots grit of James Lee Burke; mix it with one of Stephen Hunter’s alpha male Swagger clan; add the cross-border corruption of Don Winslow – and then you come close to the tales of the Wolfe family.
This standalone focuses on Axel, serving hard time with 11 years left on his sentence and longing to meet the daughter he fathered two decades ago. When he seizes an opportunity to escape, a massive manhunt ensues which forces Axel down the Rio Grande and into a desert inferno. As Axel races across desolate landscapes from West Texas to the Gulf of Mexico, he’ll meet more than one reckoning from his past – and must overcome his own reckless spirit.

DANGEROUS WOMEN by Robb T White
This anthology of 12 short stories features killer women at their worst… or best! A woman scorned certainly knows how to exact an appropriate revenge – while another full-on female has no qualms in robbing an armoured car (if only her lover would man-up to assist her). You’ll meet key characters from pulp fiction between the covers of this collection: hustlers, con artists, thieves and trouble-makers. All the stories feature women who are as tough, hungry, and dangerous as the men who try to manipulate them – so don’t expect to find many ladies who lunch!

DARK PINES by Will Dean
It’s the hunting season in rural Sweden, where the tall trees dominate the landscape, and the crack of rifle shots echo through the forests. Two eyeless hunters are found murdered in the overgrown forest. A deaf reporter, a stranger to the wilderness, investigates the story which could make her career – or end it. Outsider Tuva Moodyson soon stumbles on a web of secrets that knit the isolated town together. Are the latest murders connected to the ‘Medusa’ killings twenty years ago? Why does the killer take the eyes of the victims? None of the witnesses is quite what they seem, and almost everyone has a secret they’d rather hide. Tuva must face her demons and venture deep into the woods to stop the killer – and secure her story.

BURN THE EVIDENCE by Keith Nixon
The second book in this series takes us back to the seedy side of an old English seaside town, where old theme parks quietly rust away and social deprivation is the order of the day. Isolated and embittered by his personal losses, DS Solomon Gray quickly dismisses a body on the beach as an unfortunate accident, a drowned immigrant. But then two more bodies surface – and one is the son of a local businessman. This undoubtedly means trouble – but it also delivers vital evidence about the whereabouts of Gray’s own missing child…. 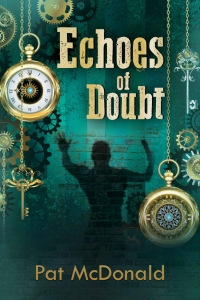 ECHOES OF DOUBT by Pat McDonald
Tick tock – time’s running out for a retired private eye. Given a new ID under the witness protection programme, he’d been living a quiet life as clock-maker Cyrus. Then the shopkeeper next door is murdered – is this one of Cyrus’ old pigeons coming home to roost? Before long he’s tangled up in narcotics and human trafficking. It’s not just his new identity which is in peril; the sands of time might have expired for this clock maker…

KILLING SEASON by Faye Kellerman
This starts a new series and moves away from Kellerman’s long running Decker investigations to focus on a much younger protagonist. Ben goes searching for the truth about his sister’s death – which puts him directly into the path of a sadistic serial killer. The police believe she was the victim of a known psychopath. But Ben pores over the evidence and finds patterns that link his sister’s case to similar unsolved murders. Ben’s obsession means he could be a threat to the killer. Will he uncover the truth in time to keep him and those he loves safe?

DEEP FREEZE by John Sandford
If you enjoy snappy dialogue, quirky characters, American police procedurals and accomplished, intelligent writing then the Virgil Flowers series should deliver really big grins. Although the identity of the evil-doer is revealed early on in this investigation that doesn’t detract from the revelations and reversals with which the plot abounds. There are several earlier books in the Flowers series but that doesn’t matter, you can start with his one. It’s a well-crafted example of top-rank crime fiction, perfectly balancing well-developed characters with genuine menace and some violence along with wonderfully wry humour.

A KILL FOR THE POET by Simon Maltman
Like the earlier adventure of modern-day investigator Brian Caskey, this intriguing mystery features a parallel plot set in the 1940s. While Brian takes on a dangerous criminal network and wrestles with his own mental instability in the present day, his alter-ego and private-eye Billy unravels a murder mystery in the past. Expect plenty of musical references and a real flavour of Northern Ireland in the free-flowing prose. 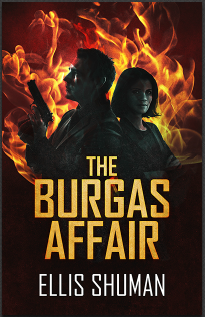 THE BURGAS AFFAIR by Ellis Shuman
A deadly terrorist attack in Bulgaria brings together an Israeli intelligence analyst and a headstrong Bulgarian detective. Their shaky alliance is soon threatened by shadows from the past – a crime boss pursues a vendetta against him, while her determination to find the terrorists brings back painful memories of a family tragedy.
Although this is fiction, it’s based on an actual event which took place in Bulgaria in 2012 in which five Israelis and their Bulgarian bus driver were killed. The terrorists responsible have never been brought to justice…

MYSTERY TOUR edited by Martin Edwards
A collection of 28 short stories from around the world, which take you across continents to meet killers, conmen, crooks – and even crime writers! This anthology features members of the Crime Writers’ Association, from bestselling superstars like Ann Cleeves to genre expert Maxim Jakubowski and international authors such as Ragnar Jonasson and Vaseem Khan. Some stories are short sharp stabs in the dark, others offer longer and more complex tales of the unexpected. 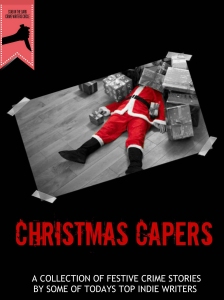 A STAB IN THE DARK: CHRISTMAS CAPERS
A festive selection of eight criminally entertaining stories from indie authors, revolving around a Christmas theme. Some are rapid reads, but a couple run to novella length. Tales include the revenge of an unemployed clown who bears a grudge against Santa; a glimpse of what Christmas might mean in the future; a contemporary re-telling of A Christmas Carol; an illicit encounter at a Christmas party in which the unfaithful lovers receive their just comeuppance; and a story of murder and manipulation from beyond the grave.
The ebook is free right now; proceeds from the paperback go to charity.

THE MIDNIGHT LINE by Lee Child
Where would we be without a new Jack Reacher? Some readers have tired of the series, but for many thriller fans it’s the high point of the year, as Lee Child uses his 21st century cowboy to explore contemporary social and political issues. Or, of course, you can just read the superficial story – a rollicking read of perfectly paced dialogue and just desserts meted out with military precision.

This time around, Reacher is intrigued to see a hard-earned West Point year ring in a pawn shop. He decides to return it to its rightful owner – which sets him on a harrowing journey through Midwest America, from a lowlife bar on the sad side of small town to a dirt-blown crossroads in the middle of nowhere, encountering bikers, cops, crooks, muscle, and a missing persons PI who wears a suit and a tie in the Wyoming wilderness.
Definitely one of our #BooksWorthBuying #BooksWeBuy