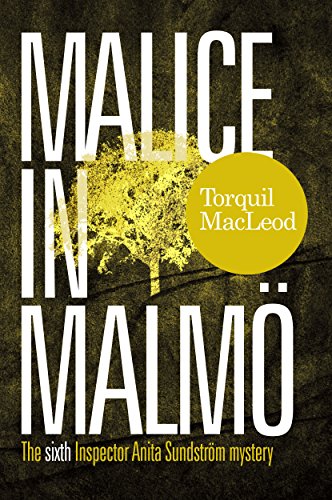 MALICE IN MALMÖ by Torquil MacLeod
The sixth Malmö mystery sees Inspector Anita Sundström return to untangle another set of intertwined investigations in the Swedish city. Corporate rivalry might be behind the kidnapping of a leading entrepreneur – but is the murder of a malicious investigative journalist connected in anyway? Sundström’s progress suffers as her professional nemesis stalks in the shadows…

GOODNIGHT IRENE by James Scott Byrnside
A locked room mystery, set in the 1920s, that’ll keep you guessing until the very last gasp. It’s got all the key components of an Agatha Christie classic: a brilliant detective; a baffling murder, an isolated manor and a series of suspects with slippery alibis. It’s going to be a long and gruesome night for Detective Rowan Manory. He must solve a 20-year-old case to save his client from unwrapping a deadly and perhaps deserved gift of revenge. 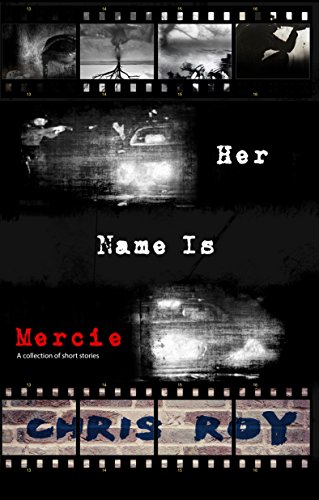 HER NAME IS MERCIE by Chris Roy
Meet Mercie: an ordinary young woman in midtown America. Her existence is ripped apart, collateral damage when her parents are murdered, their home repossessed, and she’s left with nothing. Her bewildered rage soon lands her in the worst kind of trouble, exposed to the harsh realities of serving hard time in the 21st century penal system. Is there any way out for Mercie, and does she have anything left to lose? Mercie’s story headlines an unflinching collection of contemporary noir, which explores the bitter truths of crime, punishment and parental responsibility – sometimes with appalling consequences…

DEAD IF YOU DON’T by Peter James
The 14th book to feature Detective Superintendent Roy Grace initially looks like a straightforward kidnapping. Kipp Brown, successful businessman and compulsive gambler, has been on a losing streak when his luck turns for the worse – and his son disappears. Defying instruction not to contact the police, Kipp is relying on Roy grace to bring the boy back in one piece. But rapidly Grace finds himself entering a dark, criminal underbelly of the city, where the rules have changed… making this one of his most complex and challenging cases to date.

ASSASSIN 13 by Tom Reppert
A genre-bending blend of sci-fi and classic crime set in the prohibition-era, in which a top assassin from the future, Lauren Ramirez, is betrayed off-world and takes refuge in Hollywood, 1927. Lauren, a stranger in a strange land, builds a new life among the silent film stars and bootlegging gangsters. But will Lauren’s burning need for vengeance drag her back to the 22nd century and the enemies who await her?

BEG FOR MERCY by Keith Nixon
A hard-hitting series of British police investigations, centred on tormented detective Solomon Gray – perfect for fans of Ian Rankin or Peter James. Fifteen years ago, Duncan Usher was convicted for killing his wife. A young Solomon Gray was first at the scene – and Usher has held a grudge against him ever since. Because Usher didn’t commit that murder; he took the fall and has spent fifteen years planning revenge on the dirty cop who framed him. Released on a technicality, Usher sets his sights on DS Solomon Gray. And he has no qualms about using Gray’s son, Tom, as a pawn to get what he wants…

THE RABBIT HUNTER by Lars Kepler
Ex-detective Joona Linna returns to find a killer stalking Stockholm. Just one problem: Linna is serving time in a high-security prison. But the police desperately need his help to track down a vicious killer who’s terrorising the city. Soon another three victims have been murdered and Linna must catch a disturbed predator, whose trail of destruction leads back to one horrific night of violence – with consequences more terrifying than anyone could have imagined…

RITUALS OF THE DEAD by Jennifer S Alderson
An art mystery for readers who enjoy globe-trotting anthropology and a knotty puzzle to resolve. Zelda Richardson starts investigating the disappearance of an explorer half a century ago, and rapidly finds herself in embroiled in a modern-day murder plot in a world of shady smugglers, missionaries, art collectors and gallery owners. The only certainty she encounters is that sins of the past are never fully erased… 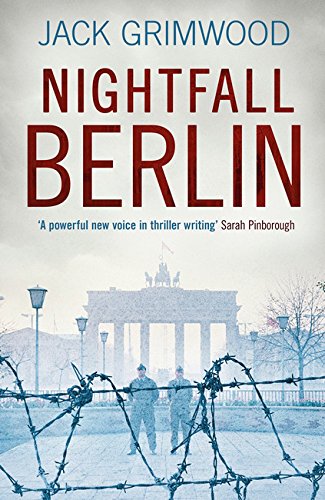 NIGHTFALL BERLIN by Jack Grimwood
A wonderfully complex and evocative espionage thriller, with a convincing cast of characters that’d do Le Carre proud. In the mid-1980s, just as Cold War tensions appear to be easing, Major Tom Fox is sent on an unusual mission to bring a defector back from behind the Iron Curtain. In no time flat he’s accused of murder, abandoned by his agency and left to fend for himself on the bleak streets of Berlin – where no seems trustworthy, and his friends may wish him more harm than his enemies…

SLAUGHTERHOUSE BLUES by Nick Kolakowski
‘Twisted, amusing and enjoyably violent’, this hardboiled, lovers-on-the-lam story is ‘packed with high-octane action, gaudy characters, witty dialogue and enough sharp twists and turns to give you whiplash.’ Our gun-happy anti-heroes, Bill and Fiona, have stolen millions from the mob. They’re on the run from a pair of assassins who are so utterly amoral and demented that their behaviour pushes the boundaries of sanity. To get out from under, Bill and Fiona have to pull off one more – massively weird – heist…

THE ADULTERER’S WIFE by Leigh Russell
Domestic noir with plenty of twists and turns as a family is ripped apart by deceit, violence and death. Julie is devastated to learn that her husband, Paul, is having an affair. It seems her life can’t get any worse – until she comes home to find his dead body in their bed. Then when it becomes obvious that Paul was murdered, Julie is the obvious suspect. She sends her son away to protect him while she fights to prove her innocence – by finding the actual killer.

THE WORLD BEHIND Us by Thomas Trang
A futuristic heist story set in the past; imagine Casablanca colliding with Neuromancer, with Elmore Leonard lurking in the background. Ray Ranglin gets an offer he can’t refuse, and finds himself in Paris for the art heist of the century. Last century, that is. This is the Paris of smoky jazz clubs and black market politics, a city where people move in the shadows of Nazi occupation. The perfect backdrop for a story of time-travelling thieves and assassins who quietly shape the course of history, while evading the CIA agents hot on their trail. 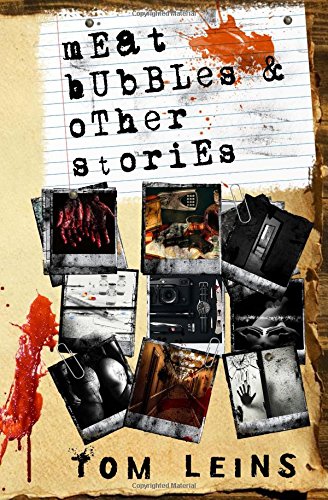 MEAT BUBBLES by Tom Leins
Brutal violence, black humour, explicit everything – that’s just first page of this collection of 14 interlinked stories that surf the extreme, X-rated edge of pulp fiction. Paignton PI Joe Rey finds himself on the trail of a deranged plastic surgeon with a queasy line in body modification procedures. Over the course of a long, bloody summer, Rey tangles with rogue ex-cops, suburban hitmen, neo-Nazi scumbags and even Paignton’s richest man – a notorious hoarder of unknown horrors. Who knew that a quiet English seaside town could have such a sleazy side to it? 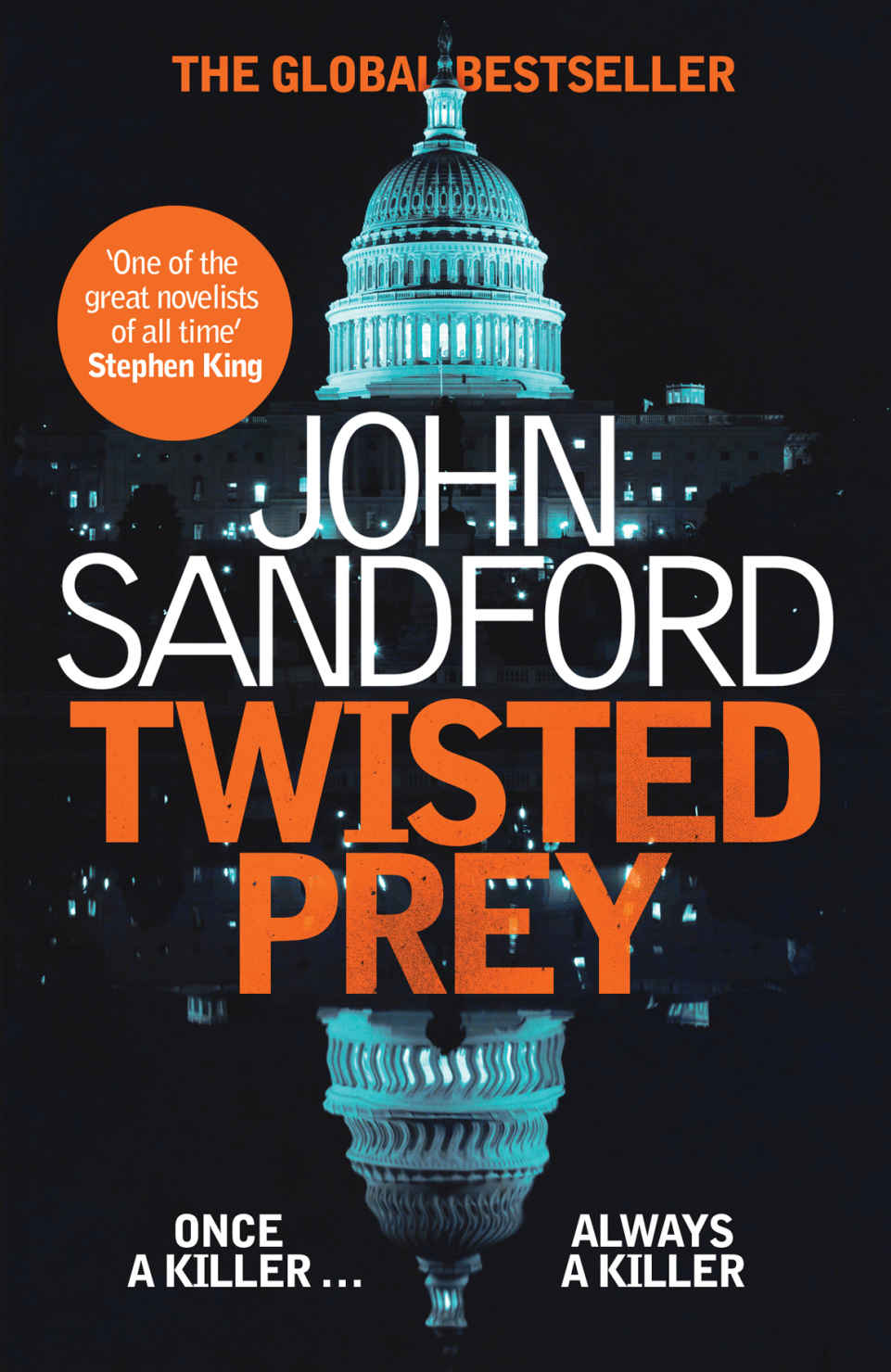 TWISTED PREY by John Sandford
The long-running Lucas Davenport series takes a turn away from recent procedurals and into the murky world of political manipulation. Davenport figured that Taryn Grant, a rich psychopath, would fit right in to the US Senate. He was also convinced that she’d been responsible for three murders, though he’d never been able to prove it. Leopards and psychopaths rarely change their spots, so Davenport expected he’d be seeing Grant again. He’s now a federal marshal with a very wide scope of investigation, and hears rumours that Grant is exploiting her position of power – in the worst possible way. So Davenport is on the case, no matter how dangerous it may be…

Looking for a new thriller series?