From Nordic noir to Icelandic angst, big-bucks blockbusters to low-budget B-movies – here’s six flicks you might find flickering across your screen sometime soon. We steer you towards the ones to seek out, and suggest a couple which you might want to swerve around…

88
Billed as a cross between Memento and Kill Bill, this is an entirely unremarkable and completely predictable low-budget B-movie about a woman suffering memory loss for no obvious reason. Cue endless confusion, running , shooting and shouting. It soldiers heroically towards a denouement which was predictable after the first ten minutes. In fact, as a ten-minute movie it would have been fun. Over an hour and a half it struggles. Praise the lords for the healing powers of popcorn.

The Equalizer2
EQ2 is a confused film. It doesn’t know whether it wants to be a kick-ass vigilante revenge romp a la Death Wish, or an intellectual discourse on the inevitable decline of an aging assassin (take your pick from Shibumi, The Winter Of Frankie Machine, Galveston, or MMM’s very own Redemption Of Charm).
If The Equalizer2 had been just one of those things then it probably would’ve been great. Instead it combined all the clichés of the first genre with all the languid pacing of the latter. So it was slow AND predictable, never a great combination.
Denzel was excellent as the archetypal quiet American, but the whole film felt pretty limp compared to The Meg and MI: Fallout. Don’t rush to the cinema… it’ll soon be on the B-movie streaming circuit.

Animal Kingdom
This is superb! Based on a true story (which is more than slightly terrifying), it’s an Australian flick about a seriously criminal family. Piles of excellent performances, a pain-filled plot and several surprise endings. Guy Pearce is as quietly exceptional as ever, but Ben Mendelsohn steals every scene as the genuinely scary bad boy of the family. Remember Ben Kingsley in Sexy Beast? Mendelsohn is every bit as believably bonkers.
Excellent Excellent Excellent. Quite forgot my popcorn…

Headhunters
Totally brilliant adaptation of Jo Nesbo’s Scandi thriller; wonderfully wry and occasionally over the top with a smart script and polished performances. One of those stylish and smart, multi-layered Norwegian language films which reminds you how the whole Nordic noir thing became a thing in the first place.
Nice to see Nikolaj Coster-Waldau with both arms intact, and being suitably menacing, too. 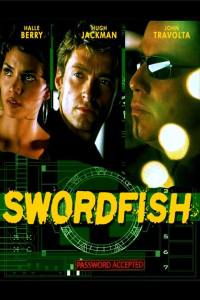 Swordfish
This is terrible. I’ve been torturing my well-neglected brain cell in an attempt to persuade the fingers to type something nice. Nope. Failed. Even Halle Berry’s first-ever topless scene failed to ignite the fires of interest. More interesting is that she was apparently paid $500,000 on top of her main $2m fee to do that (very short) scene. Hands up all those who’d refuse? Thought not.
Despite or possibly because of starring roles from John Travolta and Hugh Jackman, there are no interesting characters, the plot is risible, the acting terrible and the entire thing is pointless. Tempted by this tosh? OK, it’s all about a computer hacker who is also a struggling divorcee and is irresistible to some stunning woman who works for a cartoon bad guy. They rob banks and kill lots of innocent bystanders to raise money to save the world from bad guys. OK. But…

The Oath
Deeply grim Icelandic grit, a ‘psychological thriller’ in modern parlance. A surgeon father finds his oath to do no harm coming under extreme duress as he attempts to liberate his wilful daughter from the slimy grasp of a no-good drug dealer. Things inevitably go from awful to appalling, as an average middle-class citizen is confronted with the reality of a non-negotiable criminal situation.
In Hollywood, Liam Neeson’s character would win every skirmish and somehow end up smiling. In Iceland, there is no simple solution – and even if he ‘saves’ his daughter, the surgeon could lose his entire family. And his liberty. Possibly his life…
Tense and credible and visually stunning, thanks to some superb cinematography of the stark Icelandic landscape in icy mid-winter twilight. Wonderfully understated performances from all the actors, too – especially the surgeon’s wife and colleagues, whose own moral dilemmas are perfectly captured in a raised eyebrow or a puzzled frown. Even the bad guy is a fully-formed and consistent character, for whom you might feel a shred of pity as the story unfolds. Or not…

Start a killer new series with The Stoner Stories

Find The Stoner Stories at Amazon