These crime-thrillers and espionage adventures skim across an entire century, from 1941 through to sometime quite soon. Step this way for convoys under wolf pack attack; historic artworks being stolen; a serial killer being stalked, an intro to an unusual assassin and murder on Mars. In space, no one can hear you scream…

The Interrogator by Andrew Williams
This WW2 spy story should’ve been a blistering battle of wits between a Naval Intelligence Officer and a captured U-boat captain; a duel of intellects, patriotism and political will. Instead it got horribly bogged down in nostalgic nonsense and an unlikely romance with (yawn) an intelligent-and-underappreciated feisty female, plodding along through interminable air raids and society balls. You know you’re in trouble when a destroyer gets torpedoed and sunk with the loss of all hands, but delivers the emotional impact of a long queue at the Post Office.
The only real mystery about this books is why a big publisher like Hachette gave it a contract, and why their editor did such an appalling job with the punctuation – particularly the speech marks, which rendered some passages almost incoherent.
Strip away the lumbering sentimentality and there’s the core of a good (much shorter) story, but you’d have to be dedicated to want to read it.
4/10
Reviewed by Rowena Hoseason

The Art Thief by Noah Charney
A truly curious book. I bought it new because the back cover blurb was excellent, left it on the shelf for several years (other books intervened to save me somehow) and eventually read all of it because … I’d started so I’d finish. Baffling. Fascinating subject, bizarre characters, terrible, torpid plotting, impossible events. I’d expected a clever Thomas Crowne Affair tale, but … it isn’t there. The author’s non-fiction works must be better, if only because he plainly does know his art history.
4/10
Reviewed by Frank Westworth

Field of Prey by John Sandford
Another excellent Lucas Davenport investigation, in which the seriously unhinged serial killer sets his sights on a member of the investigating team. Genuinely tense, packed with snappy banter. And even though we’re privy to machinations of the evil geezers, Sandford still manages to sneak in some genuinely startling plot astonishment at critical moments.
A mature, polished and enjoyable thriller.
8/10
Reviewed by Rowena Hoseason

First Contract by Frank Westworth
Hard and gritty in the true Brit Grit sense. As tasters, go this short story is exceedingly tasty. It begins by seeming to be a military massacre / army Iraqi story but the introduction of JJ Stoner sets the scene for his audition into the world of assassination. A swift removal from the military and a test of his expertise in the killing game shows his ‘would be’ bosses just how composed he is. Even picking the wrong victim doesn’t faze him as long as he gets the one they want in the end, so be it.
Superbly written with excellent characterisation, Stoner looks to be such a cool character (with a Harley-Davidson thrown in to prove it) I found myself thinking about who I would want to play him in a film. Whoever that might be I was left with a taste for more.
Five Stars
Reviewed by Pat McDonald, British crime author 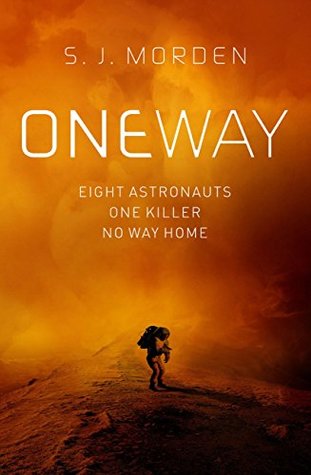 One Way by SJ Morden
Sci-fi / crime crossover which harks back to Isaac Asimov’s detective stories set in space. One Way isn’t so far into the future – call it the day after tomorrow – when life-term convicts are used as manpower to set up the first human Mars base. Think classic crime meets The Martian.
Pretty much as soon as the capsule lands, the crew start dying in a Ten Little Indians scenario worthy of AgathaC. The story leans heavily character and conspiracy and doesn’t drown the reader in too much technobabble (one explanation about air locks and depressurisation did drone on and on beyond my endurance, however).
It’s an entertaining yarn, although the corporate bad-guy came over exactly like rent-a-villain from central casting. The story could’ve been much stronger if he’d been a little more ambiguous.
7/10
Reviewed by Rowena Hoseason