‘The black man stumbled, fell, parts of his head were somehow separated from the rest of him, a curiously unpleasant blend of grey and pink, with darker tones mingling, tangled on the pavement where randomly firing nerves twitched his soul-free body, although not for long…’

Seven Hells by Frank Westworth is out now — and it’s a killer conspiracy thriller:

A terrorist atrocity will occur today on the crowded streets of a British city. The authorities have been forewarned, and tactical squads scramble to likely locations. They’re playing a waiting game with a deadly opponent, a religious extremist with a lethal message in mind. But who will make the first move?

JJ Stoner – the ex-military man with a sideline in silencing people – should play no part in this operation. But an old opponent from the times of the Troubles has other ideas. He knows who to manipulate to lure Stoner into the killing zone – and into conflict with his closest friends and allies… 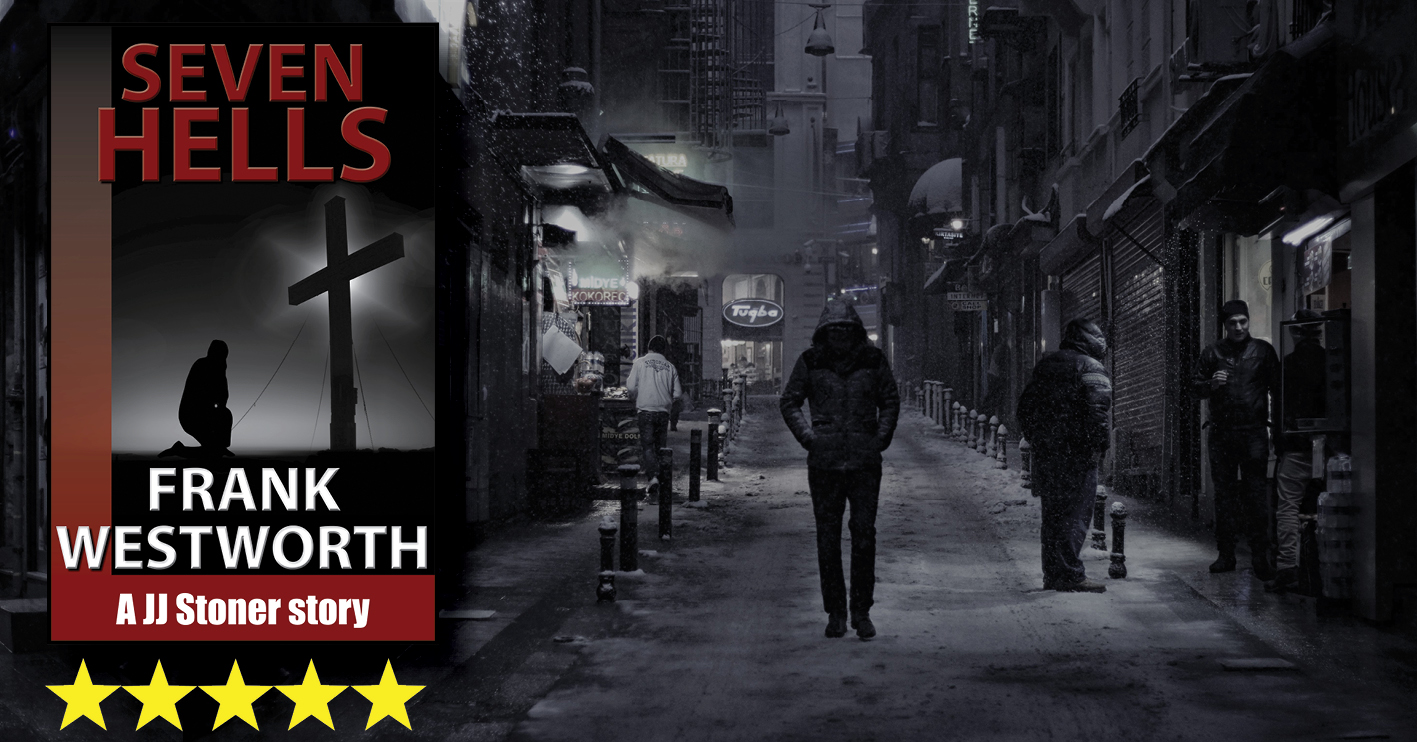 ‘The new JJ Stoner thriller from Frank Westworth commences with sharp hard-boiled repartee in a London café, crescendoes through MI6 and military prep for a terrorist event, and climaxes with a stunning cultural reversal. In this quick-march tale, the principals—veiled-spook Stoner, MI6’s Hard Man, and soldiers Shard and Bernadette—banter and menace with dark enthusiasm.’
Kris Lackey, author of the USA Today bestseller Nail’s Crossing

‘I always look forward to a new JJ Stoner story. This time the ex-secret service man-for-hire becomes embroiled in a potential terror plot. Stoner displays both his usual skills and quips as he wades into the danger and confusion. I enjoy Westworth’s style and there is much to savour in this tense and fast paced novella.’
Simon Maltman