The Overnight Kidnapper by Andrea Camilleri
The 23rd book in the Inspector Montalbano series has already been shown on TV, so you might recognise the mystery – a woman is kidnapped, drugged and then released unharmed. This turns out to be one of a series of equally unusual events which the usual team of Augello, Fazio and Montalbano himself (with no help at all from Catarella) must untangle before things turn deadly. A complex plot with plenty of the author’s trademark humour. 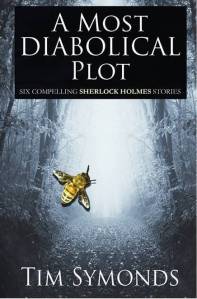 A Most Diabolical Plot by Tim Symonds
Six short stories featuring the world’s greatest consulting detective, with solid support from Doctor Watson. The mysteries are set in Holmes’ original Victorian era, and weave historical scenarios into the intrigue, together with the author’s admirable wry wit. As befits the genre, there’s an arch enemy, a chilling ghostly escapade, a spy story set during the Great War, an Ottoman adventure and plenty of hob-nobbing with the English nobility. 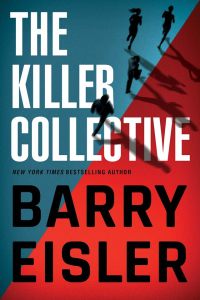 The Killer Collective by Barry Eisler
A rip-snorting ensemble adventure which pulls together Eisler’s elite operatives – hitman John Rain, Dox the sniper, sex-crime investigator Livia Lone, Mossad agent Delilah and a bunch of black ops bad boys – in a global conspiracy action romp. Possibly not the best book to pick up if you’re unfamiliar with Eisler’s earlier thrillers, because the sheer number of semi-interchangeable action men can be overwhelming, and the story gets somewhat submerged under a surfeit of killers. 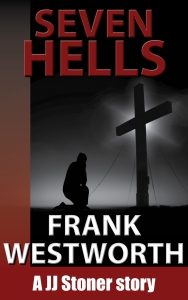 Seven Hells by Frank Westworth
Occasional assassin, JJ Stoner, finds himself on the periphery of – apparently – an extensive terrorist plot. While British security forces – the good guys in uniform and the deniable assets in black – set up their surveillance, Stoner is drawn into the danger zone by an old adversary from the time of The Troubles. What happens next is revealed in a series of interlocking episodes, forming a slow-burn conspiracy thriller to satisfy sophisticated readers. 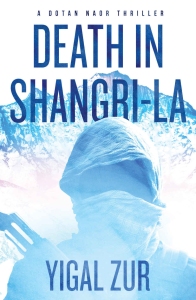 Death In Shangri-La by Yigal Zur
A multi-faceted hard-boiled thriller which sets a gritty detective investigation in the natural splendour of the Himalaya. Dotan Naor is an ex-Israeli security operative, and his mission to locate a missing teenager in Kashmir encompasses both political commentary and spiritual enlightenment. Brutality and corruption threaten to overwhelm compassion and justice, in the first of a new series – ideal for fans of Daniel Silva. 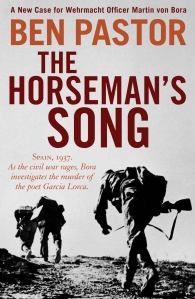 The Horseman’s Song by Ben Pastor
A young German soldier, Martin Bora, fights as a volunteer in the Spanish civil war in 1937 inspired by idealism and youth recklessness. When he discovers the body of a murdered man, the official explanation rings far from true and so begins Bora’s first investigation, one which brings his uncomfortably close to fraternising with the enemy. Although this is the sixth of the Martin Bora series, it’s the perfect place to start this historical crime series as it precedes Bora’s WW2 investigations. Written with the author’s typical attention to detail, in expressive language and a near literary style, this is an immersive novel to be savoured over time. 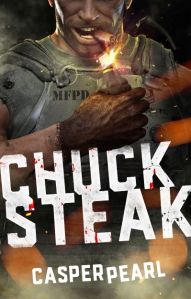 Chuck Steak by Casper Pearl
A wildly inventive and original satire based around Chuck, the archetypal badass rogue cop who usually answers every threat with bullets and brutality. This problem, however, requires him to get in touch with his sensitive side if he’s going to stand any chance of rescuing his longtime girlfriend who now has a time bomb inside her. Chuck must overcome his own police colleagues and their trigger-happy mentality toward minorities, a feminist gang, incredibly friendly Muslims, dementia, depression, gender equality, and trying to maintain action-orientated roots in an increasingly politically correct world. 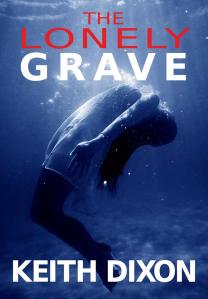 The Lonely Grave by Keith Dixon
Sam Dyke is a cynical, sarcastic modern-day sleuth, cut from the same cloth as private eye Philip Marlowe and endowed with a similarly sharp wit. This is the ninth book in the series but works well as an introduction to the character, as Dyke tries to find a missing student while one of the boy’s parents stands for political office. His investigation rapidly reveals more than one murder – and highlights how old crimes can echo down the generations… 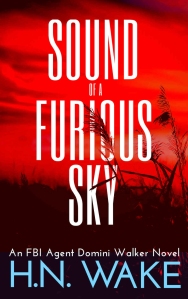 Sound Of A Furious Sky By HN Wake
The flawed but feisty female protagonist strikes again – this time in the form of tenacious FBI Special Agent Domini Walker. A simple missing persons case turns into a murder enquiry, through which Dom must overcome her personal demons from a tragic past to solve a treacherous puzzle. The author writes intelligent, socially-aware and entertaining thrillers; this one sounds ideal for fans of Clarice Starling and Lisbeth Salander. 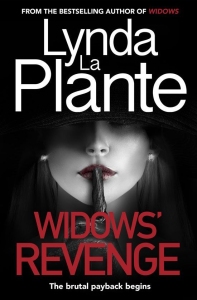 Widows’ Revenge by Lynda La Plante
Hot on the heels of the American movie which reimagined the original British TV series, comes a sequel to the first book – about a group of gangland widows who pulled off a near-impossible heist after the deaths of their husbands. This time, although the girls are in the money, they’re still a long way from easy street. One of the men didn’t die, and he means to get his hands on their money. Can they outwit a criminal mastermind who won’t hesitate to kill? 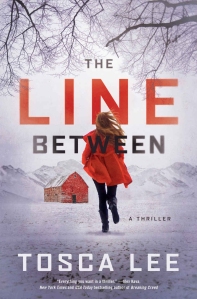 The Line Between by Tosca Lee
An apocalyptic thriller, revealed from the perspective of a former doomsday cult member. Is dementia really a natural part of growing older… or a previously extinct disease recently unleashed from the melting Alaskan permafrost? Wynter Roth emerges from her sheltered existence in a sealed community, into a world poised on the brink of madness as a mysterious outbreak of rapid early onset dementia spreads across the nation. 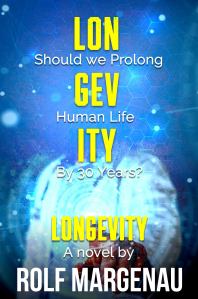 Longevity by Rolf Margenau
A medical thriller which mixes mirth with murder while debating the moral consequences of prolonging life by three decades. Lucy Mendoza is a scientist testing an enzyme which might just extend human existence by 30 years, but the federal government, big pharma and a billionaire are prepared to use lethal force to see her fail. With her ex-marine boyfriend, Lucy must defend her life and decide whether the Longevity project is really worth saving. 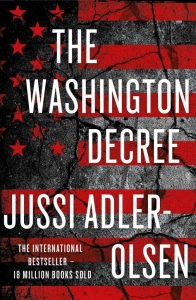 The Washington Decree by Jussi Adler Olsen
In a total departure from the author’s usual Nordic noir series of ‘Department Q’ cold cases, this is a political thriller set in the USA. A new president goes off the rails in spectacular fashion following the assassination of his pregnant wife. America rapidly succumbs to martial law, media censorship and militia insurrection, while one woman at the White House fights to clear her family name and reveal the truth.