Some thrilling suggestions for your bookshelf: an espionage adventure; top-notch Nordic noir; the introduction of an ice-cold assassion; stalking a serial killer with second sight; a schizophrenic investigator — we’ve been reading all these and more cracking crime fiction this month. Oh, and a Jack Reacher rip-off you might want to steer clear of… 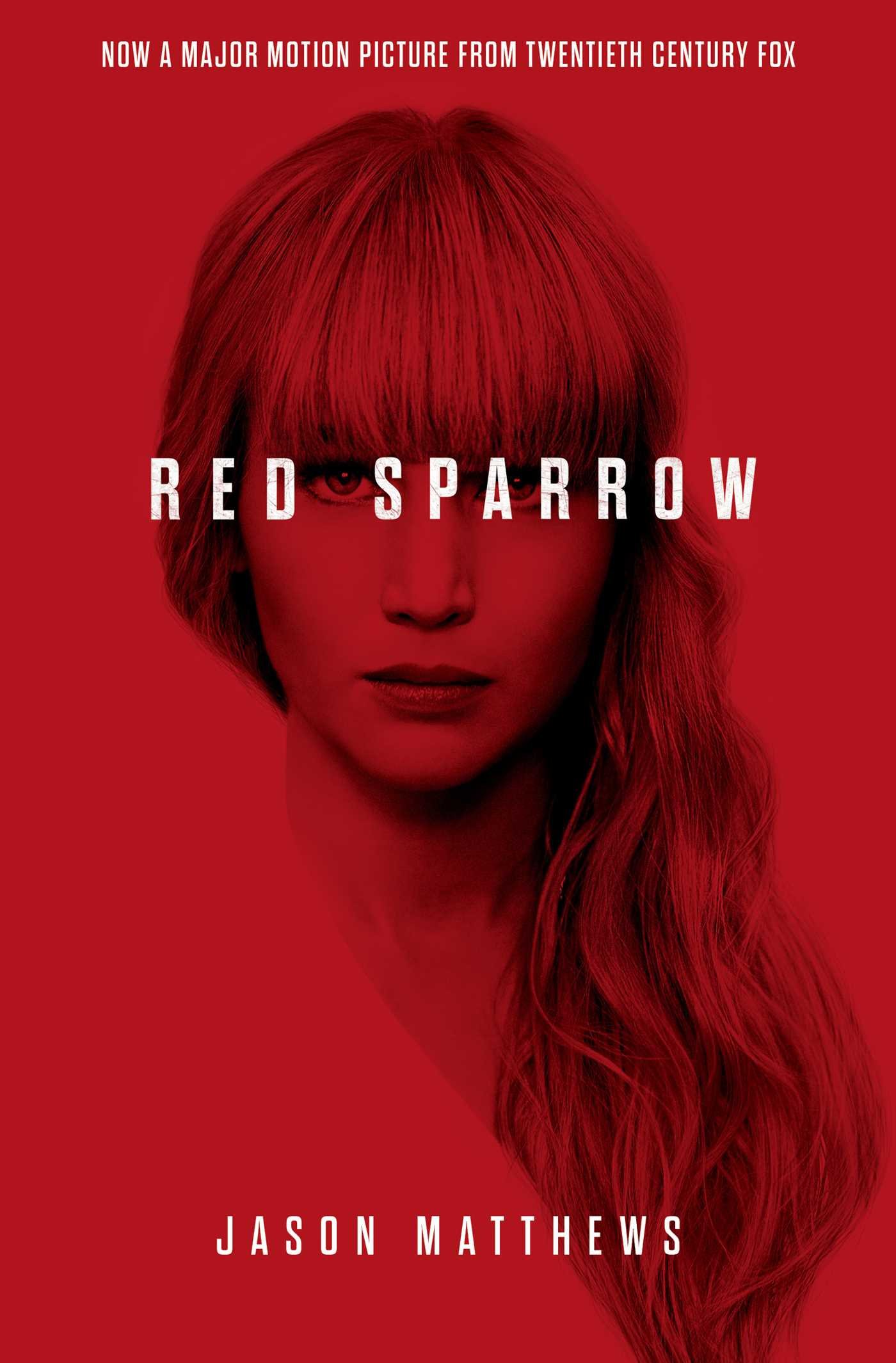 RED SPARROW by Jason Matthews
This espionage adventure is way better than the movie it inspired. It’s far more complex and nuanced and a lot less fixated on the honey-trap side of spying. The author builds multiple conspiracies inside each other; a set of dominos which could fall either way while Moscow and Washington play out their lethal, slow-motion game of 3D chess. Written by an ex-CIA operative, Red Sparrow is stuffed full of credible tradecraft and inter-agency espionage. It’s almost as good as Robert Littell’s espionage adventures, and is given an extra twist by Dominika’s extra sense, synaesthesia; her ability to interpret emotion, patterns and intentions through colour. A shame that the subsequent book in the series threw away this great beginning with clichéd stereotypes.
8/10 (RH) 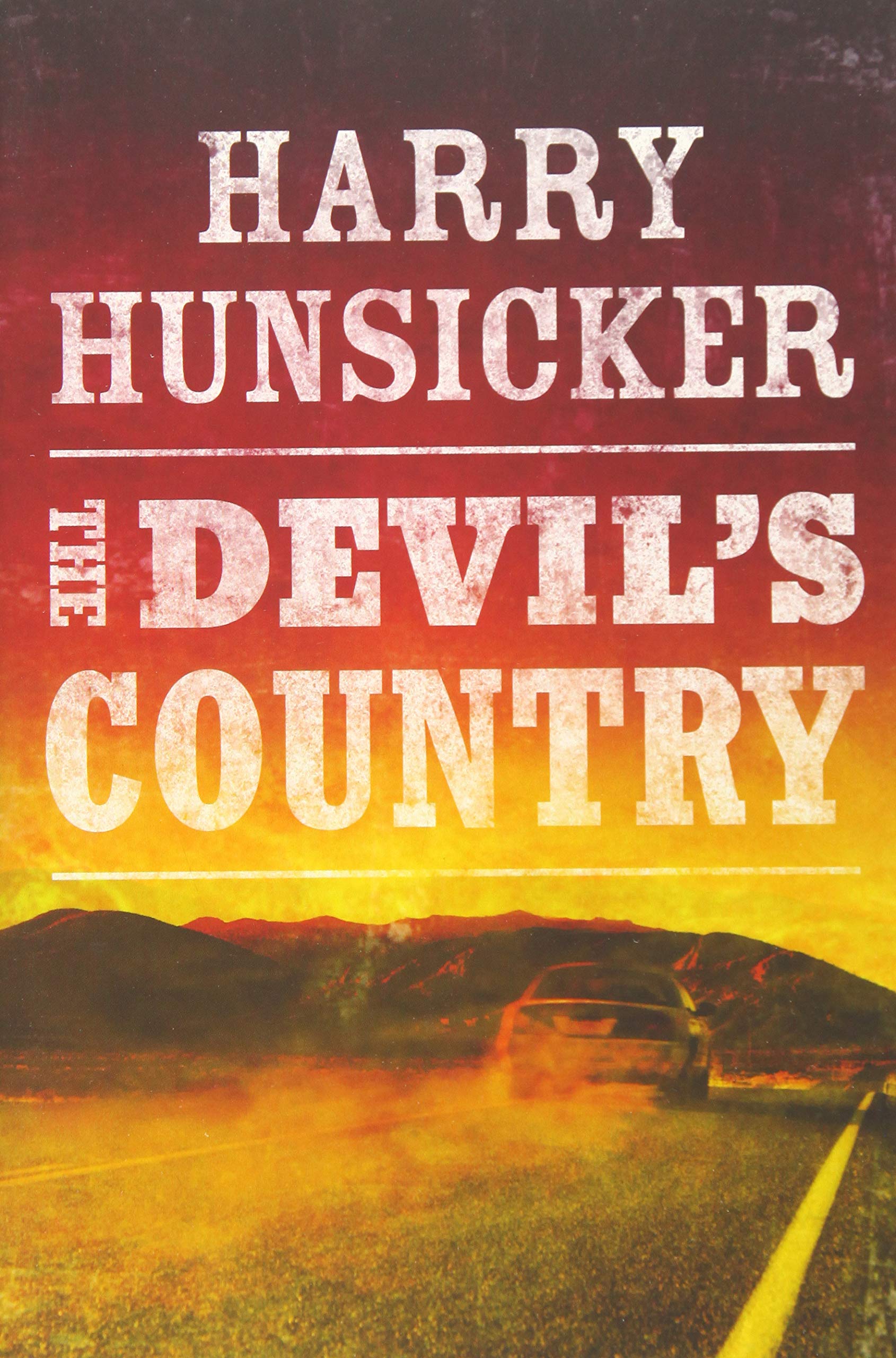 THE DEVIL’S COUNTRY by Harry Hunsicker
An entirely derivative and remarkably unimaginative third-rate Reacher rip-off. The writing shows the occasional flourish but the plot is purely paint-by-numbers. It’s like there’s some giant factory which churns these things out for Amazon’s in-house crime imprint.
I’m not at all sure about Amazon’s nifty new ‘in motion’ gimmick, either. You can turn it off if you don’t like it, so it doesn’t have to ruin your day. But short video sequences of actual action from the book – even showing the key characters – detracted massively from the internally-generated experience of actually reading a book. So it failed for me on both counts.
4/10 (RH) 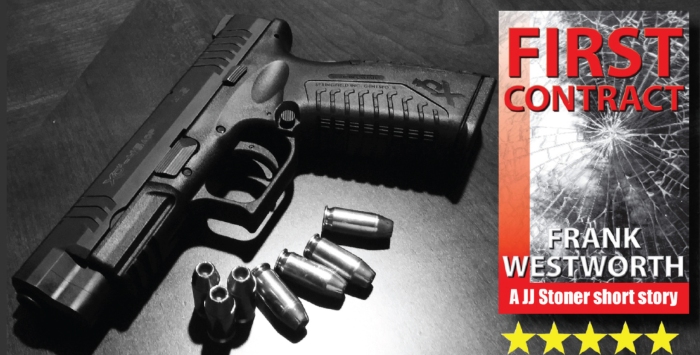 FIRST CONTRACT by Frank Westworth
Frank Westworth’s First Contract is the reader’s introduction to his sardonic government assassin, JJ Stoner. Although the book is a short story, Westworth gives it the full treatment by delivering in-depth characters you can believe in, together with a solid plot, all in the framework of a fast-paced thriller read you will not want to end.
The tale moves forward with the unyielding authority of the Harley the protagonist rides. It’s a statement of intention, in many ways, both of the way killer Stoner operates, and the punchy style the author uses to keep readers glued to the page. Westworth throws unexpected twists at the readers, leading them down fresh paths, grounded in an exciting and entertaining narrative. He develops the characters, especially the protagonist, throughout the story, though cleverly leaves hints that there is far more we, the readers, should know.
This is modern noir writing at its best, and should be included in the reading of anyone who loves a well-written thriller. An author to watch and follow. Highly recommended.
Five Stars (EJG) 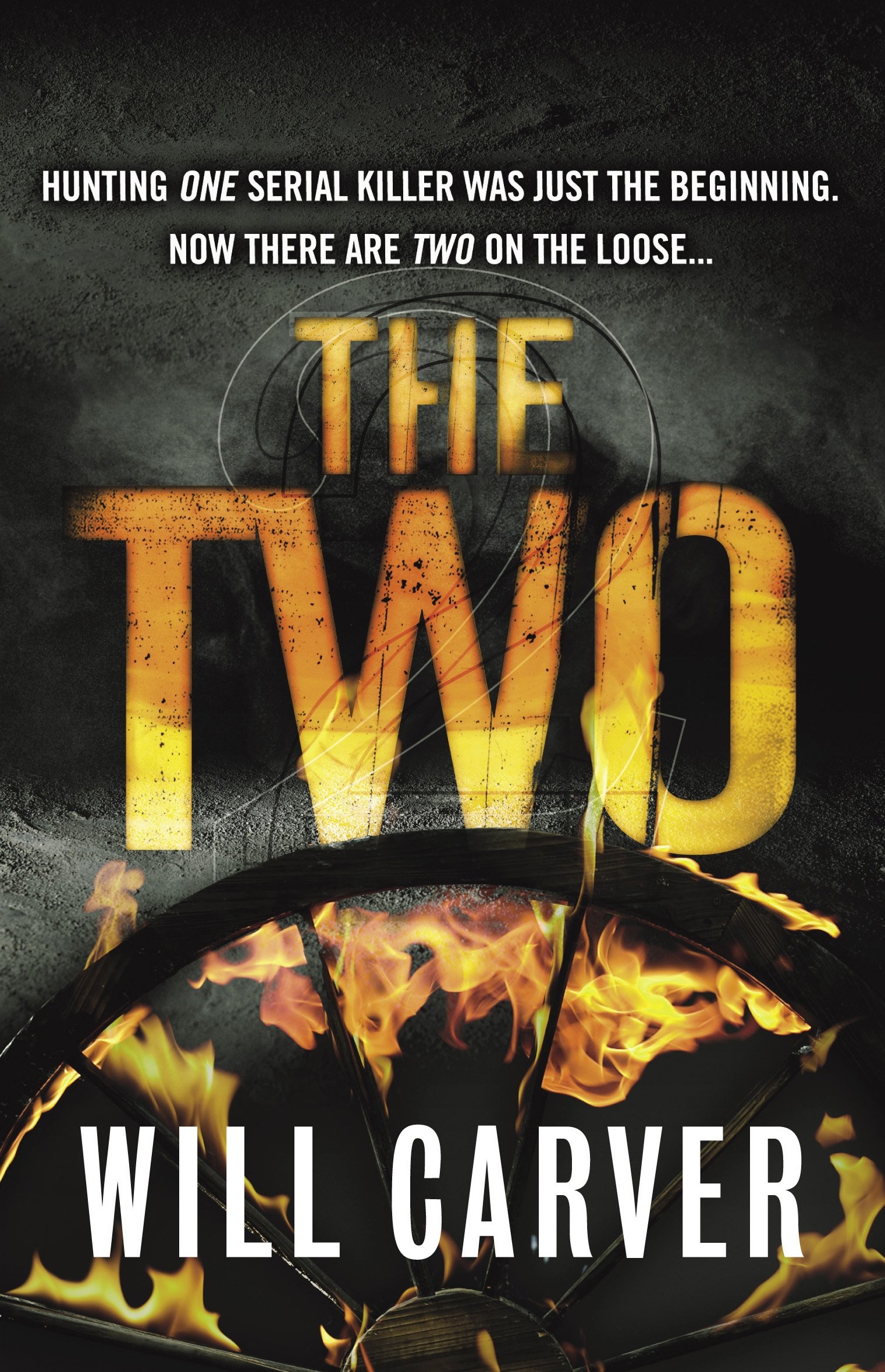 THE TWO by Will Carver
A wonderfully weird British police procedural which approaches the hunt for a serial killer from a truly inventive angle. Well, actually, all manner of inventive angles because the story is told from multiple perspectives – killers, victims, investigator – and in a concertina-style timeline which reveals aspects of the same events from different standpoints. It’s all highly misleading and intriguing, and doesn’t get too bogged down in the usual tropes of BritCrime policing. Although inevitably the lead detective is a traumatised alcoholic… but he’s also gifted with second sight, which livens things up a touch.
Also loved the Wiccan festival theme and details. All extremely engaging and wrapped up with a satisfying thump.
8/10 (RH) 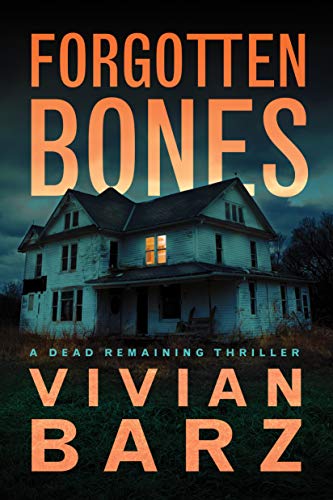 FORGOTTEN BONES by Vivian Barz
A predictable small town investigation into an old series of child murders which incorporates a single intriguing innovative twist. One of the lead characters is schizophrenic who experiences his world as a functioning – when medicated – college professor. The book is at its best when exploring his reality, sharing the unsettling aspects of the condition and how everyday life can continue despite this kind of psychological difficulty.
The story gets less interesting with the local female cop, eager to get involved with a suddenly important investigation. She predictably goes directly against orders in pursuing her leads, finds herself at odds with superior officers, so must confront the killer alone, etc, etc and so on. The supernatural side of things isn’t so much unbelievable as overblown; less would have been more. At times the description wanders into gothic horror, where suggestion and subtlety would have been more effective. This is the first in a series, but I won’t be back for more.
5/10 (RH) 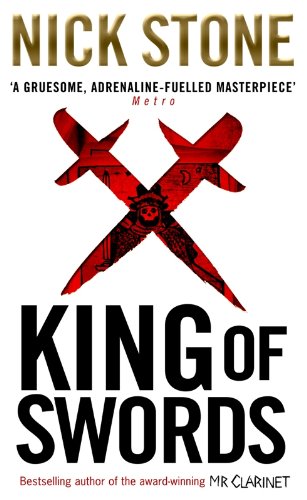 KING OF SWORDS by Nick Stone
Utterly excellent cops-n-robbers investigation, with a meaty plot, memorable characters and voodoo mystique to add to Miami’s inherent black magic. There are other tales in the Max Mingus series but this prequel is set back in the early 1980s and introduces the detective and his arcane opponent. It’s a sprawling story which encompasses corrupt cops and a surprisingly sympathetic pimp; brutal enforcers and queasy detectives trying to escape the quagmire of political need, racial tensions and personal frailty. The tarot cards, Samedi rituals and zombie assassin all add brilliantly to the mix.
8/10 (RH) 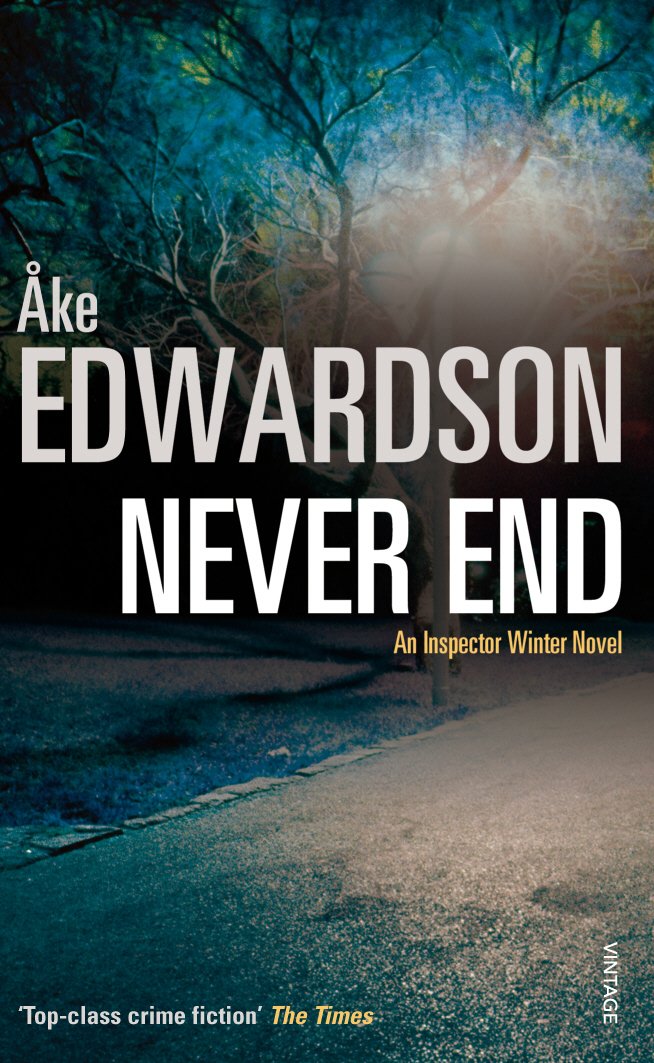 NEVER END by Åke Edwardson
This is often listed as the fourth Inspector Winter mystery, but I’ve read them totally out of order and have missed a few. It didn’t matter; I was able to enjoy this one as a standalone. It features an unusual setting for Scandi crime – a scorching hot summer in Gothenburg rather than the usual rural winter chill. But it’s a good setting for the plot; a series of attacks on young women, rapes and murders, which may be connected. They’re similar – but not quite the same, so Inspector Winter has his work cut out figuring out the connections between the different cases.
There’s a great balance in this book between the private lives of the regular characters, and the actual investigation — the crime, the clues, the secrets and the misleading disinformation. The mystery itself is engaging and clever, and doesn’t get overwhelmed by any dramas going on in the detective’s domestic situation.
The only bit which didn’t work for me was the complexity of the solution. Can’t give too much away but… I couldn’t quite believe all the connections and motivations attributed to the various perpetrators. So the ending didn’t quite live up to the rest of the story.
7/10 (RH) 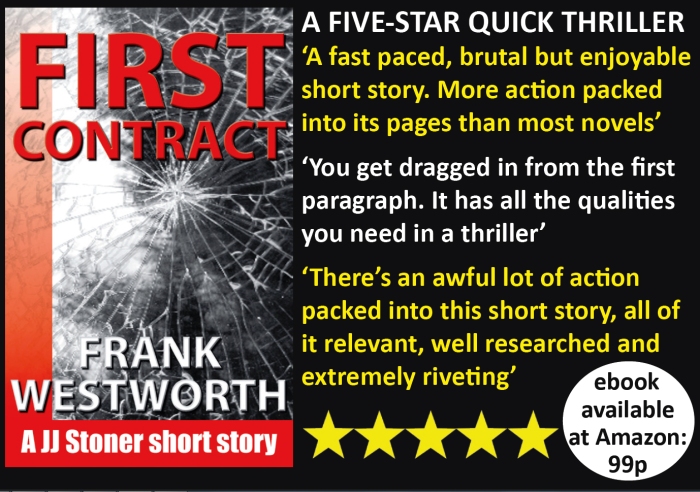