Ready to settle down on the sofa to watch some superb long-form crime drama? We’ve six suggestions to keep you entralled for hours — from the icy expanse of Iceland to the grimy backstreets of Britain, via spellbinding Canadian noir and the very best Scandi crime. Let the long winter nights roll on… 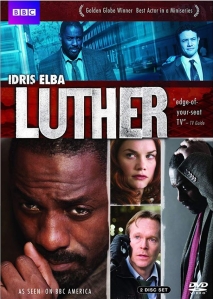 LUTHER season five
After a fairly dull fourth season, the fifth, a 4-parter, was excellent … mostly because of the endlessly entertaining and unpredictable rapport between Idris Elba’s Luther and the utterly excellent Alice, perfectly played by Ruth Wilson.

Two parallel plots, neither resolved very well — so at least a little realistic — with mucho bewilderment and unpredictability. It’s not easy to see how a sixth outing could be made, what with the doubly-surprising ending, but if the viewing stats are good enough…

The plots are neat, and the tension very good, but it’s the excellent acting and characterisations which make it so gripping. Most un-BBC-like, which makes a refreshing change.

THE SINNER season one
The opening episode didn’t look too promising – lots of unhappy family friction which suggested a fractious domestic drama. We’re not wild on the weepy stuff… but by the end of the second episode it had changed gear dramatically and we were gripped. Gripped, I tell you!

Essentially, it’s an exploration of fractured personalities: a young woman who inexplicably killed a man on a beach in broad daylight for no apparent reason, and the police detective (on the brink of a breakdown himself) who won’t let the investigation end with her plea of guilty and life sentence.

So this is a whydunnit, not a whodunnit.

Very tense. Quite explicit. Highly misleading. Great performances, and an unmistakeable message about inflicting fundamentalist beliefs on helpless children. And unlike some serials which – in the streaming world of boxset binging – get drawn-out too long, the material stretched pitifully thin, The Sinner fit snugly into eight well-paced episodes.

So good that they’ve made a second series, and a third is on the way…

THE BRIDGE season four
When some long-running series come to a definite end, they’re often accompanied by a melancholic sense of loss. I will admit to snivelling miserably during ST:TNG’s ‘All Good Things’, for instance.

But with the final season of The Bridge, my overwhelming sensation was one of relief – particularly that the writers veered away from destroying Saga Norén and instead gave her a swansong worthy of this unique, captivating character.

The series plot is really rather clever, too. If Saga is the keystone of The Bridge, then Martin Rohde’s story propels the first two seasons. Seasons three and four are all about Henrik, and the mystery surrounding his lost wife and children. Without giving the game away entirely, the Bridge IV delivers a masterclass of ‘show don’t tell’ in revealing exactly what happened to Henrik’s family…

It also allows Saga to take control of herself and her destiny. The series lost a lot of its intimate humour when Martin was written out, and Saga’s story turned traumatic. But the eventual ending lived up to the character’s potential and Sofia Helin’s superb acting skills. And, yup, I was kinda misty when she finally answered the phone and didn’t say ‘Länskrim Malmö.’ 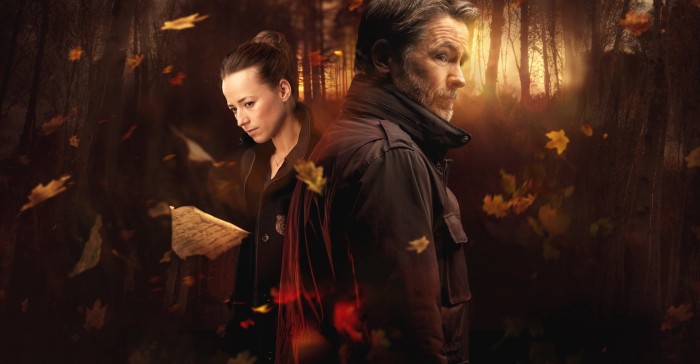 CARDINAL season three
This has become one of my all-time fave TV crime dramas, and S3 is the best yet. It tackles a horribly difficult subject – the suicide of Canadian detective John Cardinal’s wife – with real grit. JC’s grief is delicately portrayed; never sentimental or saccharine. Nor does the series wallow in misery. Instead the story underlines how much the couple cared for each other, and the strength of JC’s other relationships with family and close friends. The characters convey whole paragraphs without saying a word.

Plus, the visuals are gorgeous. The cinematography is outstanding – so subtle at times, a glance caught in a reflection, autumn leaves swirled on a breeze by a presence passing from sight. The scene with the raising of the boat is a stunner, and the seasons themselves give each series a truly distinctive appearance. And it’s been renewed for a fourth season. Yay! 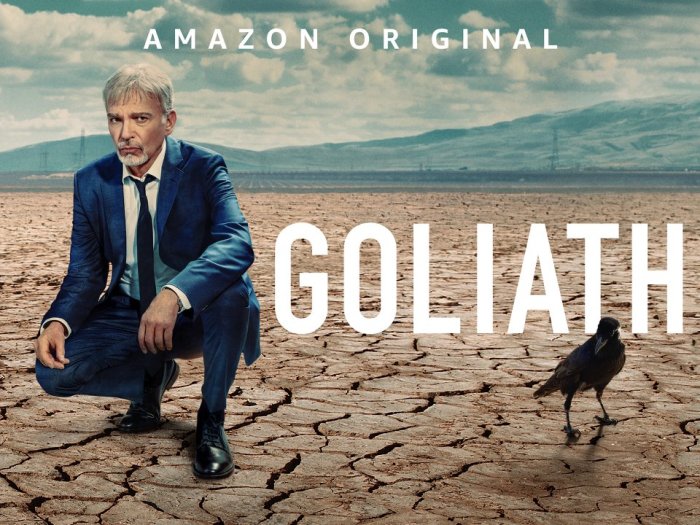 GOLIATH season three
Stunning. Streaming TV gets heavyweight. Characters, plot, stunning filming, more characters, plot and visuals. The third season has concluded (‘finished’ is so facile a word here) and it’s all done and dusted in the arid valleys of California.

Or… is it? If you enjoy a clever tumbledrier of a series with an ace cliffhanger, this is for you. Billy Bob Thornton won an Emmy for it, well deserved, too. More please?? 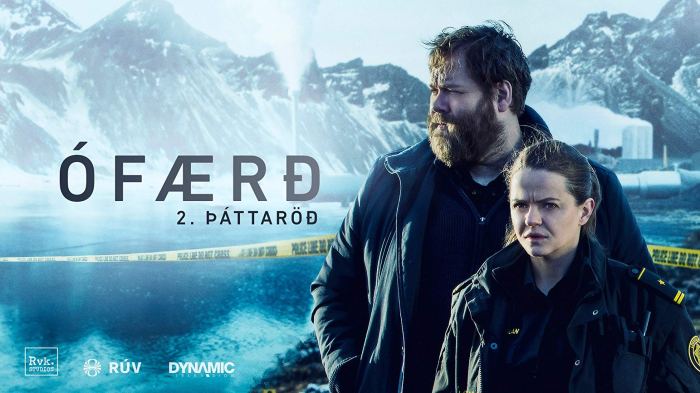 TRAPPED season two
The first season of the outstanding Icelandic crime-drama TRAPPED used the hook that the cast were physically confined in a remote small town, cut off by roads blocked with huge snowdrifts; ferries frozen in the fjord. Typical Nordic noir territory.

The second series goes a more philosophical route. We return to the same small-knit community where this time a noxious brew of family feuds, social division, political back-biting, environmental tensions and outright superstition fester into violence, madness and murder.

The characters are still trapped – but by their relationships, by the entangled familial bonds of responsibility, rebellion, obligation and duty. And hatred. And infatuation. And genuine affection.

The result is simply superb. Gorgeous cinematography which drags you into the stark splendour of the Icelandic landscape. Complicated, subtle characters who defy genre stereotypes with their realistic – occasionally unfathomable – behaviour. A plot packed with red herrings (not necessarily pickled) and dark secrets. Sudden moments of genuine sadness. Brilliant. Only let down by the slightly less than credible finale…