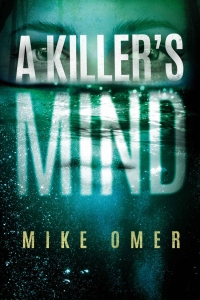 Run of the mill FBI / serial killer hunt which lacks originality, style or substance. The murderer was scarcely more interesting than the mismatched investigators – the FBI bloke was so boring he almost faded into the wallpaper while the grumpy female profiler came over as needlessly shrill. Hey, authors, how about some professional professionals for a change?

I was lured into buying this by the many five-star reviews it’s been given (huh) and this blurb:

Three Chicago women have been found strangled, embalmed, and posed as if still alive. Doubting the findings of the local PD’s profiler, The FBI calls on forensic psychologist Zoe Bentley to investigate.

Zoe quickly gets off on the wrong foot with her new partner, Special Agent Tatum Gray. Zoe’s a hunter, intense and focused; Tatum’s a smug maverick with little respect for the rules. Together, they must descend into a serial killer’s psyche and untangle his twisted fantasies, or more women will die. But when the contents of three inconspicuous envelopes reveal a chilling connection to gruesome murders from Zoe’s childhood, suddenly the hunter becomes the hunted.

It sounded promising, and the killer was at least given an intriguing motif, but this was only just enough to counterbalance the tedious flashbacks to the profiler’s pivotal teenage experience. Amazon’s Thomas & Mercer imprint seems to churn out these potboilers every month, enticingly dangling them at cut prices to lure large numbers of unsuspecting people.

Don’t be fooled, folks: I paid 99p for this and it was too much. So instead I suggest you try Perfect Killer by Robert White – it shares many of the same themes and genuinely gets inside the mind of a warped murderer.
2/10
Reviewed by Rowena Hoseason
A Killer’s Mind by Mike Omer is available at Amazon

Find the Killing Sisters at Amazon