The name of this series instantly engaged my interest. UNSUB. Ooh, that sounds like an FBI profiling serial-killer procedural, along the lines of TV’s Mindhunter. And look; the central character is a determined, accomplished female investigator with more than a little of Clarice Starling and Dana Scully about her (and let’s face it, if I could’ve grown up to be either of those women then that would’ve been a win). Although this is the third in the series, nothing short of a zombie apocalypse would’ve stopped me picking it up after I’d read the blurb.

And when the final page flicked over, I was a long way from disappointed. Meg Gardiner has delivered a slick, precisely plotted contemporary thriller. Her heroine, Caitlin, is shrewd and methodical but not flawless; courageous and committed but a long way from indestructible. She has all the uncertainty and insecurity of a real person – someone doing a critical job under immense pressure, getting flak from local law enforcement, in a long-distance relationship and being insidiously stalked by a low-key killer who is targeting the people she loves.

The narrative neatly divides into two halves; the first part of the story is all procedural with plenty of intriguing detail about geographical and psychological profiling – tracking a home-invader through the urban jungle as his violent pattern accelerates. Caitlin and the FBI profiling team have a tricky mystery to solve, and it’s handled logically and consistently, pulling together the witness statements and the unsub’s behaviour to draw some scary conclusions…

I enjoyed that part rather more than the latter stages which, like most books in the genre, depend on a rather artificial action sequence and intended-to-be-tense standoff with Caitlin at its centre. It’s pretty much compulsory for all thrillers to end with an action set piece and I totally understand the dramatic requirement… but just for once I’d like to read about a SWAT team doing their job professionally and it all going to plan! 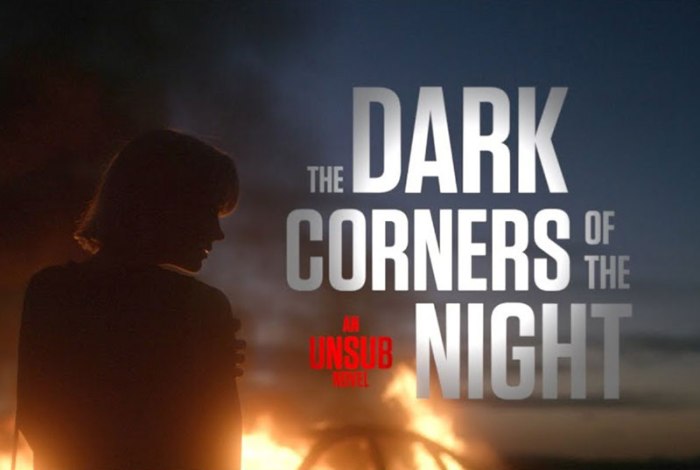 Skipping the running / shooting / shouting stuff, ‘Dark Corners’ was a thoroughly satisfying read. Technical enough to occupy my intellect: sufficient credible tradecraft and psychological insight; an unusual and genuinely menacing killer. Caitlin herself might not be the most compelling female protagonist I’ve ever read, but she carried the story convincingly.

So while this isn’t up there with the early work of Thomas Harris, it would sit pretty comfortably on a shelf alongside Jeffrey Deaver or James Patterson. I could be tempted by the earlier episodes in the series (but I probably wouldn’t pay more than a couple of quid for the ebooks.)

——–
Meet a trio of killer women, set against an aging assassin… 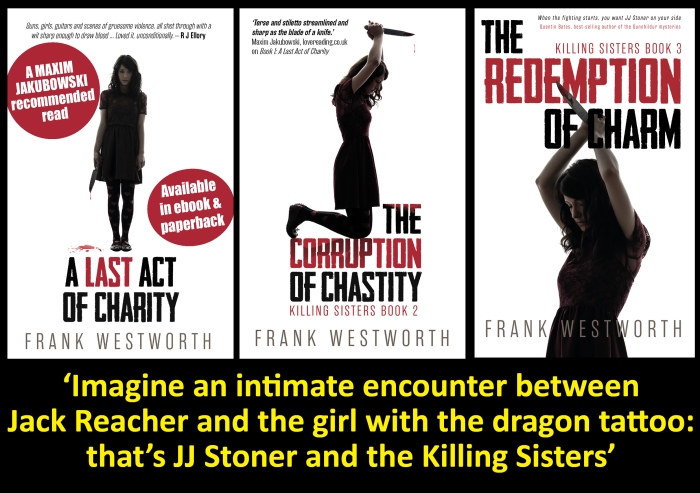 3 thoughts on “The Dark Corners of the Night: psycho profiling”