It’s been a bit difficult to settle down to indulge with a really long read these days. You’d think that ‘nothing happening’ would make it easier to kick back, chill out and immerse yourself in a compelling thriller… but being shut-in doesn’t really work that way. 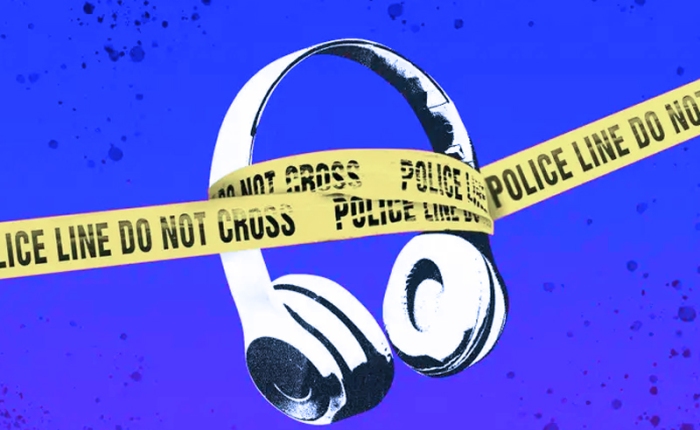 So instead we’ve experimented with listening to crime dramas instead, rummaging through various online archives for diverting podcasts. If you’ve not podded before, then it takes a couple of minutes to download the typical app to your phone, or access the website on a tablet, computer or SmartTV. Then you start sifting through the hundreds of possible programmes to listen to – perfect should you be painting the spare room, weeding the garden or just hiding in the bath!

These podcasts are definitely different to ‘talking books’ which are adaptations of the written word. Instead they were originally written specifically for radio or – the more recent ones – streaming services. So the chapters of a book aren’t forced into a new format. Instead these bespoke dramas make the most of a freethinking format, playing around with length and content, and using actors to bring the characters to life.

The results can be every bit as gripping as a great book or TV series – in fact, you get the best of both worlds with scope for your imagination to run riot while you rest your eyes. So here are a few suggestions to get you started: crime dramas which we’ve really enjoyed during lockdown. 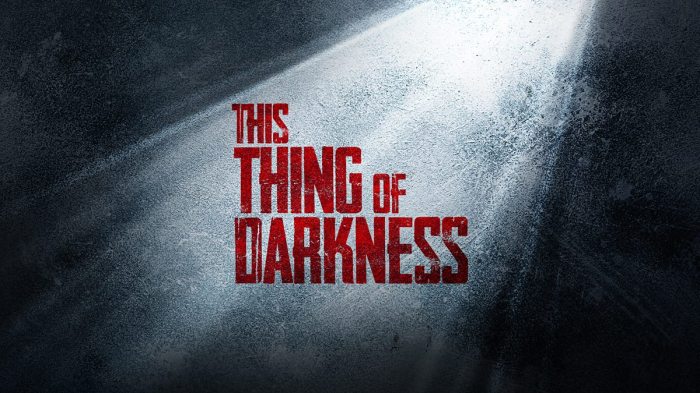 THIS THING OF DARKNESS
An apparently happy, everyday family is torn apart when the grown-up son is discovered dead in the kitchen, victim of a vicious attack. Reeling with grief, his mother and sister are then stunned when the father of the family is arrested – considered by the police to be the likely culprit. What follows is an intricate investigation into the family dynamic, as seen from the perspective of the forensic psychotherapist who must assess the father’s state of mind for his legal defence.

One of the UK’s leading psychiatrists helped to create this convincing and cleverly constructed narrative, so the science is superb. Simultaneously, the storyline keeps you in suspense throughout, never quite sure who to believe, while illuminating many aspects of criminal behaviour and dysfunctional families, and discussing the possibility for therapy and rehabilitation of offenders.

Over eight episodes, the plot gradually reveals dark secrets of manipulation and betrayal behind closed doors, yet it avoids sensationalism and considers the real-world implication of exposure to violence. We learn how a series of environmental triggers can accumulate throughout life, to culminate in a split-second of fatal release. And finally we witness the pressure of domestic conflicts which shred the ties that bind a family together. Intense – yet educational.
8/10
Available on BBC Sounds 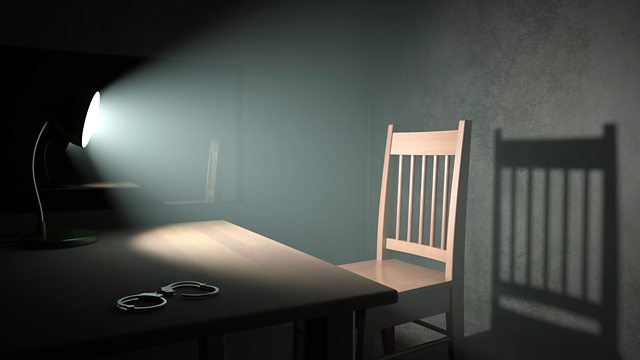 THE INTERROGATION
This long-running series has to be the absolute best of the pods we’ve uncovered, although you’ll need to be a bit of a detective yourself to track down all the episodes. It currently runs to seven series, with three or more standalone episodes in each, featuring DI Max Matthews and DS Sean Armitage. These tough London coppers are a perfectly matched pair: the gruff, old-school DI (think Jack Regan) and his streetwise younger counterpart (think Luther).

As the title suggests, each investigation hinges on their uncompromising interviews with witnesses or suspects. Sometimes there’s just one other character; occasionally we hear of events from two or three perspectives. The stories explore the darker side of British society, untangling some gritty social issues at the same time as resolving intriguing criminal mysteries. The relationship between Matthews and Armitage is the lynchpin of the series – and their detective skills reveal some truly punchy plot twists.
10/10
Most recent series on BBC Sounds, previous series at Amazon Audible

XPD
This is the exception to our rule: it’s an older adaptation of Len Deighton’s spy story, which happens to work brilliantly as an audio drama. The story explores similar territory to Philip Kerr’s book, Hitler’s Peace, but from an entirely different angle. Long after WW2, deep in the chilly days of Cold War tensions, rumours start to surface about long-lost documents which were smuggled out of Germany as the Allies advanced. These records may contain the devastating minutes of a top-secret meeting, one between Hitler and Churchill – revealing just how much Britain was prepared to sacrifice to sign an early peace treaty.

What follows is an entangled espionage adventure in which British, American, German and Soviet intelligence agencies struggle to reveal or supress the truth. As good as any Le Carre story or the original James Bond books, Expedient Demise is both a ripping yarn and a skilled confection which blurs the boundaries between actual history and expert supposition. The production is a little bit clunky and old-fashioned, but it suits the ‘historical’ feel of the story.
7/10
Available on BBC Sounds

TRACKS: ORIGIN
A disorienting medical / conspiracy thriller, the first series of Tracks revolves around Helen, a stressed doctor who’s first on the scene at a plane crash. In theory, her estranged father, a brilliant surgeon and researcher, should be on that flight – but a different person died in his seat. So begins her frantic search, which uncovers unspeakable medical experiments on human subjects, cutting edge bio-weaponry and blackmarket organ transplants. The stakes are lethally high – and it’s never clear whether her father was trying to bury his own secrets or blow the whistle…

Like the very best page-turners, each of the first eight episodes leave the listener dangling with a cliff-hanger ending. Helen is a particularly fragile protagonist: claustrophobic, nigh-on neurotic, subject to frequent panic attacks. Neither we nor she know who she can trust throughout her search – and she suffers devastating personal loss as she draws closer to the truth. It’s all extremely atmospheric and involving, even as it becomes increasingly far-fetched. More like an X-Files movie than a realistic procedural, then. Even so, the neurological and medical content is solid, and cunningly incorporated into the narrative. If you enjoy this storyline, there are several more seasons in the same series.
8/10
Available on Amazon Audible, BBC Sounds and Google Play

Or if you’d rather read something snappy, try this collection of short stories:

Witty, gritty and hard-hitting: find THE STONER STORIES at Amazon