We began our exploration of new titles and recommended reads with exotic adventures overseas from small publishers and independent authors. This time we’re staying closer to home with a selection of stories based in and around the United Kingdom – but not necessarily told by British writers.

You may be unfamiliar with some of these authors — and that’s the plan. Self-published writers and smaller publishing imprints often create more original and daring crime fiction than mainstream publishers. Indie authors don’t have to conform to an inflexible formula; they can take risks, break rules and push the boundaries. And that’s why we love them!

So join us for sociopathic serial killers, an innocent man accused, an assassin having a very bad week, cosy crime on a vintage railway in the Cotswolds, a social-media psychological thriller and a collection of darkly disturbing murderous impulses…

THE LAST ONE TO SEE HER by Mark Tilbury
We start our selection with a time-honoured theme of crime fiction: what do you do if you’re falsely accused? If the evidence points firmly in your direction then no one will believe your claims of innocence. So it’s up to you to follow the evidence, to find the real killer and clear your name…
That’s the scenario which starts when Mathew Hillock is a witness in a murder investigation. He’s the last person to have seen a little girl when she was alive. To make matters worse, her body is discovered in his garden shed. The police and the local community leap to the obvious conclusion – and if Matthew is innocent, then why did he lie? Matthew isn’t just fighting public opinion, the force of the law and his own emotional instability; this is a struggle for his survival.

NINE LIES by Frank Westworth
JJ Stoner started his killing career as a straight-up British soldier, serving earlier in Northern Ireland and later in the Middle East. At the start of the Stoner stories we see him recruited as a deniable covert operative – still a killer, but confronted with increasingly disconcerting moral ambiguities as the series goes on. He takes his marching orders from the Hard Man at the Home Office, he teams up with Stretch, a US Navy SEAL, but Stoner’s starting to feel increasingly expendable…
In this gritty mix of snappy dialogue and deadly gunplay, Stoner settles down for a routine surveillance mission but comes away spattered with grey matter. He ends up at the wrong end of a gun barrel, dodging bullets – and not all of them miss their target. A standalone story which slots neatly into the series’ arc (the quick thrillers are prequels which occur before the Killing Sisters full-length novels), Nine Lies shows how a killer’s life can balance on a knife edge. Even so, the witty writing should provoke plenty of wry smiles, and considerably more quiet contemplation than the average running-shooting-shouting spy thriller. 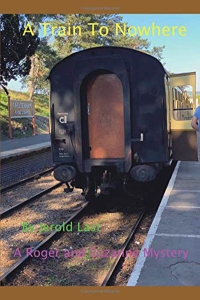 A TRAIN TO NOWHERE by Jerold Last
The Roger and Suzanne series of private investigations blends the style of old-school murder mysteries with 21st century globe-trotting. Previous adventures have explored South America, but this spy story is based in the Cotswolds – well, it certainly kicks off in Cheltenham. That seems like a strange place to starts a murder investigation…
…but it all begins with a dead body in a train, and Roger attracts attention as the obvious suspect. His quest to locate the actual killer takes him halfway around the world and then back to Blighty, bumping into an eye-catching agent en route. Written from an American perspective, this travelogue reveals a subtly different England to the one which a native writer might describe. 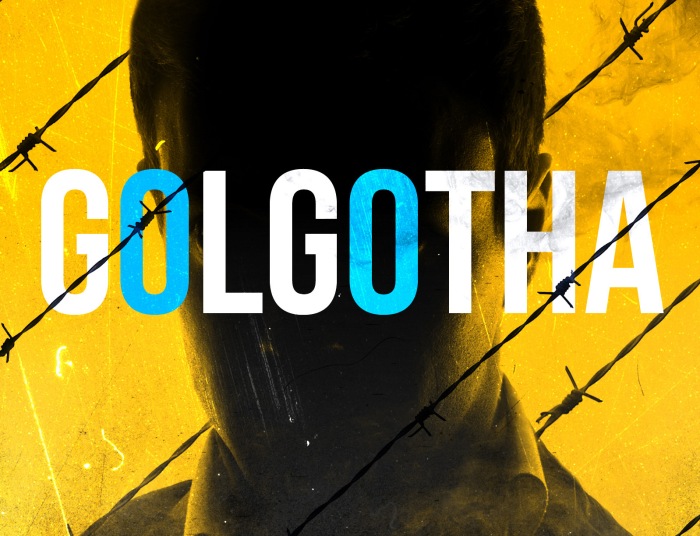 GOLGOTHA by Guy Portman
Halfway between Dexter and Patrick Bateman of American Psycho, Dyson Devereux is a sardonic yet sinister English serial killer who starts this story in Italy, awaiting trial for murder. This is the final part of a darkly droll trilogy which blends black humour and sociopathic satire – so perhaps if you’ve not read the first two parts then you should start back at the beginning.
In Golgotha, Dyson rapidly returns to his happy hunting grounds in the suburban Home Counties, where various hapless victims trigger his misanthropic ire. Dyson’s targets are brutally despatched with icy homicidal precision and a savage turn of phrase as their politically-correct attitudes are sliced and diced along with their anatomies. Not, we suspect, a book for those who are easily offended!

THE LIES I TELL by Joel Hames
A twisting psychological thriller which cleverly exploits the anxieties of lives lived online, this story centres on Lisa, a gifted grifter who manipulates social media to fleece her unsuspecting victims. Then suddenly the tables are turned and Lisa’s on the receiving end of a carefully orchestrated campaign. It seems that someone from her past has caught up with her – someone who knows the secrets she’s refused to acknowledge, even to herself.
It’s brave to build a protagonist this flawed, and then convince the readers to cut her some slack, but Joel Hames succeeds in both winning over and neatly misleading his audience. You may think you know where this mystery is going but you’ll be surprised – both by the resolution of the plot and the emotional context of Lisa’s story. 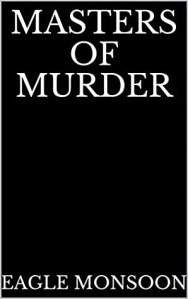 MASTERS OF MURDER by Eagle Monsoon
Now this is a real mystery – a disturbing compendium of fifteen first-person narratives which hammer home the hidden aspects of homicide. The blurb is certainly hard-hitting: In front of witnesses. In broad daylight. Against the toughest. Or without any defence whatsoever. 15.1 stories. Each attempting their own perfect murder.
Each incident is a violent vignette where humour offsets the psychological tension. The killers we meet aren’t criminal masterminds – they’re ordinary people for whom murder is suddenly the only option, in one of the most intriguing and original books we’ve seen this year. Even the cover is weirdly obscure!