Bit of a mixed bag this month – several stand-out  thrillers which think wicked and don’t disappoint… and a couple of distinctly duff examples of mainstream mush. A big name on the cover doesn’t necessarily mean you’re going to pick up a great book and, just to prove that point, a couple of our faves this time around comes from small publishers and indie authors. But then again, you should never write off Walter Mosley…

GOOD SAMARITANS by Will Carver
Take a semi-suicidal neurotic, an insomniac nuisance caller, an oblivious wife, a creepy freak who gets off on listening to tortured souls spilling their most intimate secrets. Add a haunted police detective who’s every bit as bitter and broken as the serial killer he’s hunting. Throw in a stack of social commentary and some sweatily specific sexual encounters and you have a modern thriller quite unlike any other.
Will Carver skewers his subjects with unsparing accuracy with a wonderfully concise writing style. Don’t expect to form a great relationship with DS Pace in this book; he’s something of a shadowy cipher. Instead the lonely, lovelorn and lunatic characters dominate the story as their dark web of lies and death lead to bleached dead bodies being dumped by the roadside. Possibly too explicit for some readers, this is powerful stuff.
♥♥♥♥ (RH) 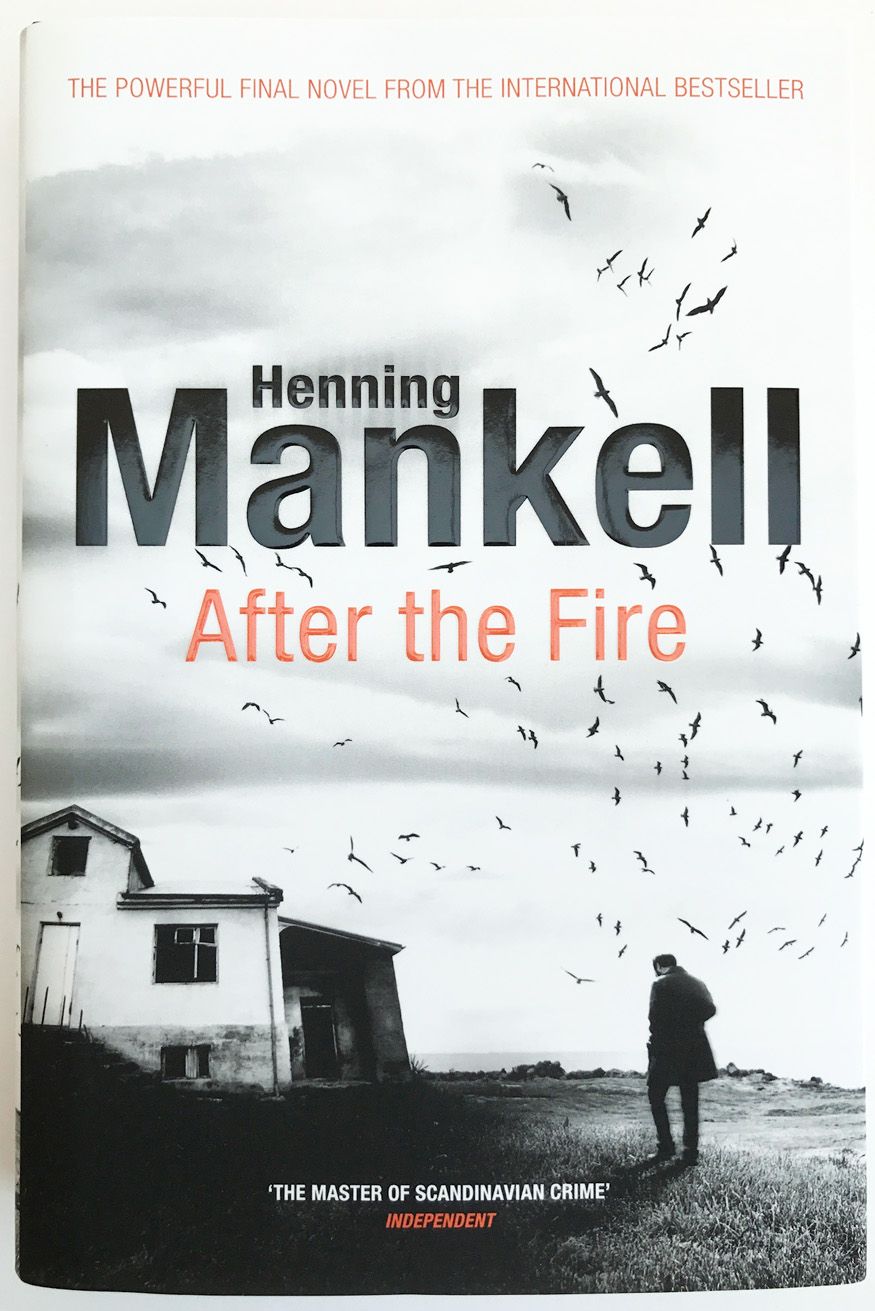 AFTER THE FIRE by Henning Mankell
Separate from the Wallander series, this rambling novel is supposed to offer similar Swedish intrigue and insight. Instead it’s just deeply miserable; an old man’s melancholic regrets wrapped up in a flim-flam ‘crime’ wrapper.
I far preferred The Dying Detective by Leif Persson which explores similar themes with far more finesse, and features a proper investigation into the bargain.
♥♥ (RH)

NINE LIES by Frank Westworth
JJ Stoner and Stretch are commissioned to handle a joint assassination, approved by British and American secret intelligence agencies — routine, JJ thinks. But the op fails badly and JJ is wounded in a gun battle with the target. That’s the starting point for another cleverly tangled maze of twists and turns. The author’s clever plotting is redoubled within a complex scheme of betrayals and counterplots that builds to suspense. JJ had better discover what happened fast or he will be the next target.
The author has pulled off another compact, tension-filled outing for his amoral killer. Stoner is one of the most genuinely interesting fictional characters I’ve encountered. Comparing Stoner to other espionage protagonists is like comparing a Brazilian Wandering Spider to a Daddy Long Legs.
♥♥♥♥♥ (Robb T White) 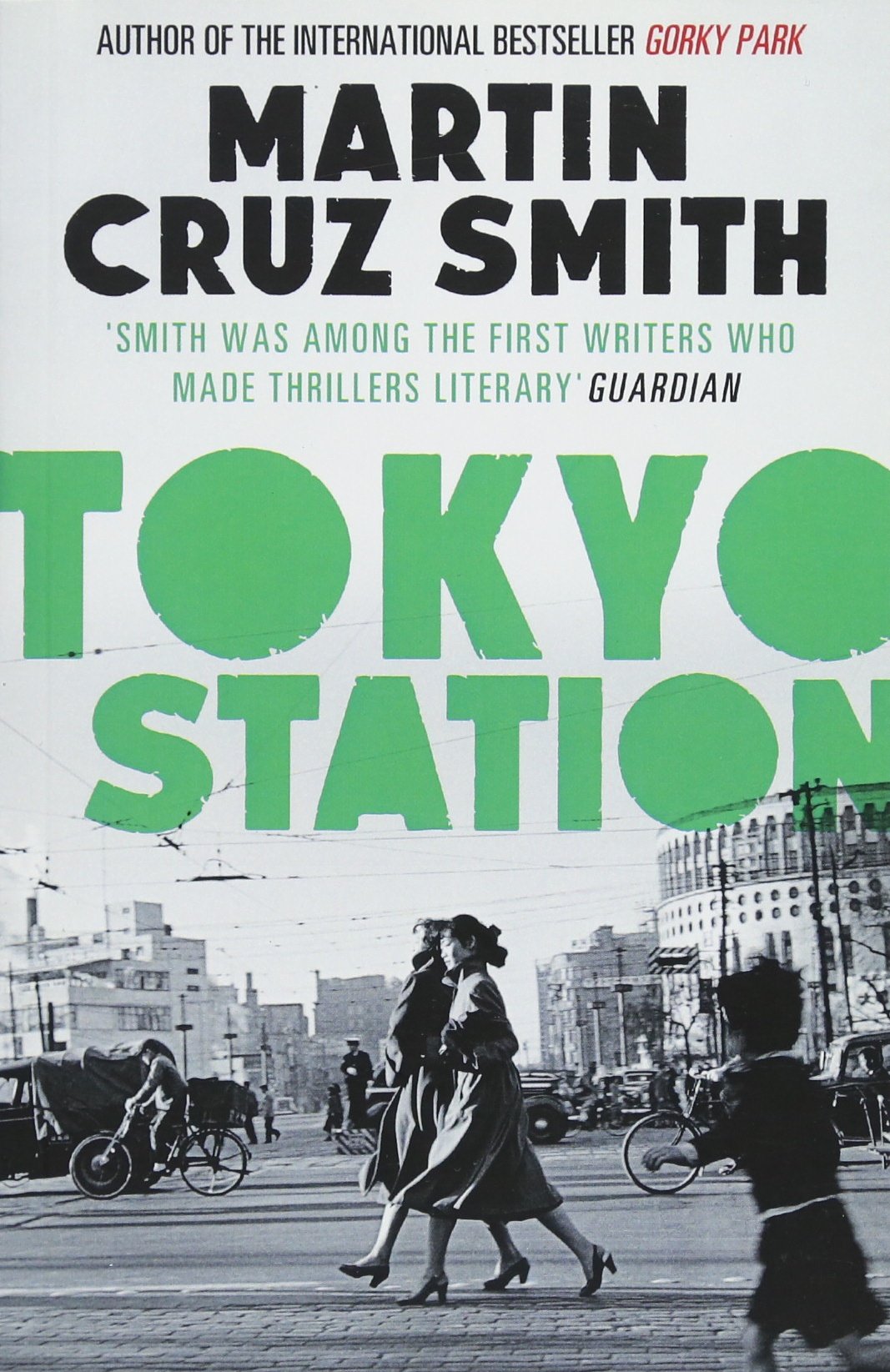 TOKYO STATION by Martin Cruz Smith
Mr Smith is best known for his Arkady Renko novels, which are mostly very good indeed. However, he’s also a truly fine teller of tales, as this novel proves. True writing ability shines through in the changes of pace, the spotty consistency of the character – as in real life – and the unpredictability, not to mention the twisted motivations of the protagonists.
A really good read, steeped in the dying culture of old Japan, and very clever with it. Recommended.
♥♥♥♥ (FrankW)

THE ESCAPE ARTIST by Jonathan Holland
A self-indulgent coming-of-age cod-philosophy story which has the feel of an undergrad party. Tries to discuss serious matters of the self and psychopathology in the context of a murder/mystery and it occasionally succeeds, but mainly stumbles into ‘down in out on the Costa del Somewhere’ territory, with detours into The Talented Mr Ripley.
The author writes competently and his observations of social interactions and exclusion are intriguing. He comes up with some good jokes, too, like ‘Hemingitis’ which afflicts several of the characters in this tale. There was also just enough mystery to keep me turning the pages to find out who (if anyone) had committed the killing, but when it arrived the ending was fairly unfulfilling. An attempt at a literary novel, overwhelmed by self-referential angst.
♥♥♥ (RH)

RELENTLESS by Simon Kernick
A million-miles-an-hour thump-n-run Brit thriller, in which a normal semi-detached suburban bloke finds himself being pursued by bad guys galore who think he knows / possesses something which he doesn’t. They’ll do anything to get ‘it’, and he rapidly discovers that no one can be trusted… particularly not his best friend, his missus, or the forces of law and disorder.
All a bit improbable but cleverly structured to proceed at a pell-mell pace so you don’t really notice how daft it is. Most of the characters are one-dimensional ‘who cares?’ cardboard cut-outs, apart from the ultimate evil-doer, Lench, who is wonderfully wicked. A bubblegum B-movie of a book, which painlessly whiled away a couple of serious cycling sessions on the exercise bike…
♥♥♥ (RH) 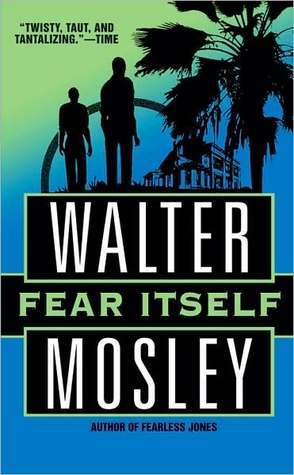 FEAR ITSELF by Walter Mosley
Too often, the second novel in a series is weaker than the first. All of the author’s ideas too often go into that first novel, be it in a series or not. That is not the case here, not at all. If anything, the second of the Fearless Jones series is better written than the first. It is equally gripping, the characters equally vivid and well presented, and the plot is clever, neat and entertaining. Watching American modern history unfurl from Mosley’s unique perspective adds to the pleasure, rather than the opposite. A great read.
♥♥♥♥♥ (FrankW)