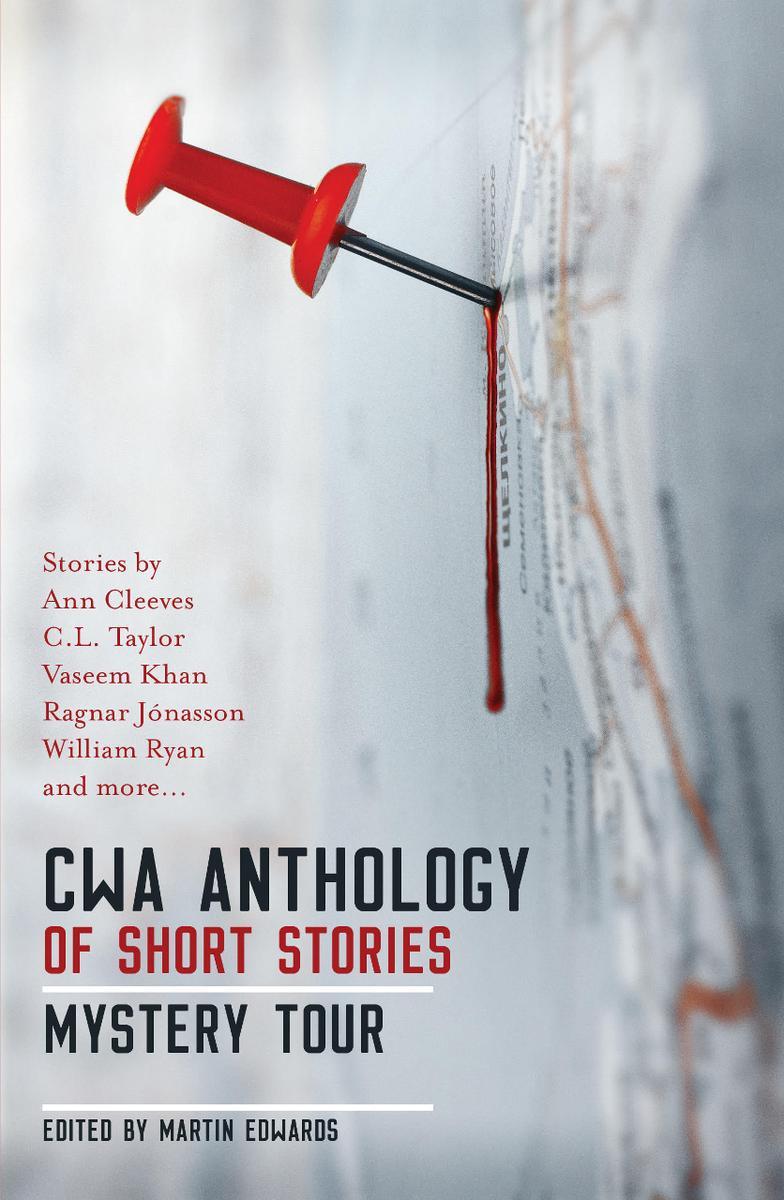 There should be something to please everyone in this collection of 28, contemporary short stories, written by members of the Crime Writers’ Association. It’s billed as an international anthology, although the majority of writers are British or American. There’s just one Scandi story, one from Mumbai, and one written by a South African team, but many of the other pieces are set in exotic locations where idyllic vacations suddenly turn sinister.

In the atmospheric Return To The Lake, family secrets bubble up to the surface, revealing the identity of a murderer from decades earlier. The Last Supper is altogether more frivolous, packed with barbed observations from a loveless marriage where the wife appears to be eating her way around the word. It’s full of snarky asides; ‘I force myself to eat a chicken nugget from her family-size box – it must’ve been aimed at the Manson family…’ which had me snorting in my soup (low fat, naturally).

Accounting For Murder ditches a traditional narrative to weave a tale of adultery, murder and betrayal through the gift receipts, hotel invoices, travel tickets and solicitors’ bills which detail the reckless insanity of an extra-marital affair. It’s very, very clever – and I usually despise frou frou writing devices, but found this to be cunningly crafted indeed. Ideal for folks who like to piece together the clues in a mystery for themselves.

There’s plenty of variety in this collection: revenge, escape and righteous retribution. I really enjoyed The Spoils, which sets three powerful women in motion at opposing tangents, and only two of them are likely to survive. Inevitably, some stories didn’t work so well for me – I can’t quite believe that anyone would murder an annoying girlfriend simply because breaking up might cause a fuss. A couple of the authors didn’t appear to get the memo about the theme – travel and intriguing destinations – and just grabbed a pot-boiler from their back-catalogue which looked as if it might vaguely fit if you squinted at it through sunglasses after half a dozen daiquiris. One story was an outright cheat; not a self-contained story at all, but a ‘to be continued’ excerpt from a longer publication.

Then there were those stories in which the author couldn’t resist a spot of autobiographical wish fulfilment. OK, so this IS an anthology by the crime writers’ association. Fair enough. But I can’t help thinking that it would’ve been a more rewarding collection if all the authors had concentrated more on spinning entertaining crime stories, and left the self-indulgent clever-clever commentaries on publishing and writing in the cupboard.

In any case, Mystery Tour certainly helped me discover some new names who told tight, unpredictable stories in some style – be it savage, sad or sassy. An excellent way to discover new authors.

Looking for a killer quick thriller?

Grab THE STONER STORIES at Amazon