If it’s too hot to do anything apart from flake out with a good book then at least you’ve got plenty of excellent crime thrillers and murder mysteries to choose from. Here’s our rapid round-up of the most intriguing new releases from indie authors and big-name bestsellers – including gritty Britcrime, police procedurals, international intrigue, searing social commentary, sassy female protagonists and a distinctly chilling dystopian possibility… 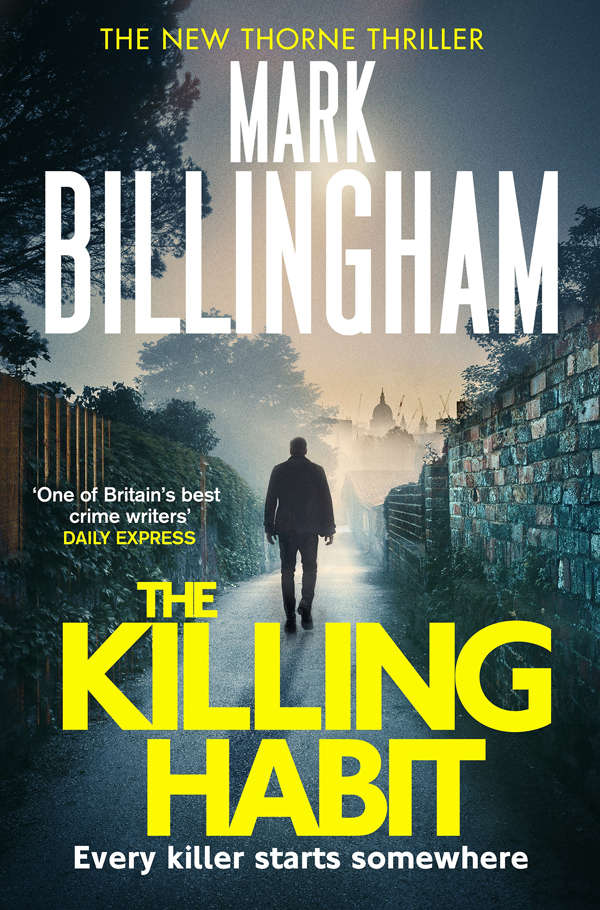 THE KILLING HABIT by Mark Billingham
Inspired by real life events, the latest DI Tom Thorne investigation starts with an unusual dead body – a pet, the apparent victim of callous cruelty. It’s a warning sign; the lack of empathy, the killing of animals. Pets in London’s suburbs are being stalked by a shadow, and this could just be the start of something far more sinister. Thorne knows the psychological profile of such offenders all too well and grabs the chance to stop a series of homicides before they happen. But can he and DI Nicola Tanner find the culprit before he starts hunting larger prey?

EIGHT MILLION WAY TO DIE by Lawrence Block / John K Snyder
New York gumshoe Matt Scudder is brought brilliantly to life in this graphic novel of a hardboiled investigation set back in the 1980s. The stark art captures the essence of Scudder’s sleazy existence in the urban backstreets, where crime is rife and every cheap corner bar threatens to drag him back into the gutter. Scudder takes on one of his most dangerous cases, hunting down a serial killer-hitman. Ultimately, he has to face his worst enemy… 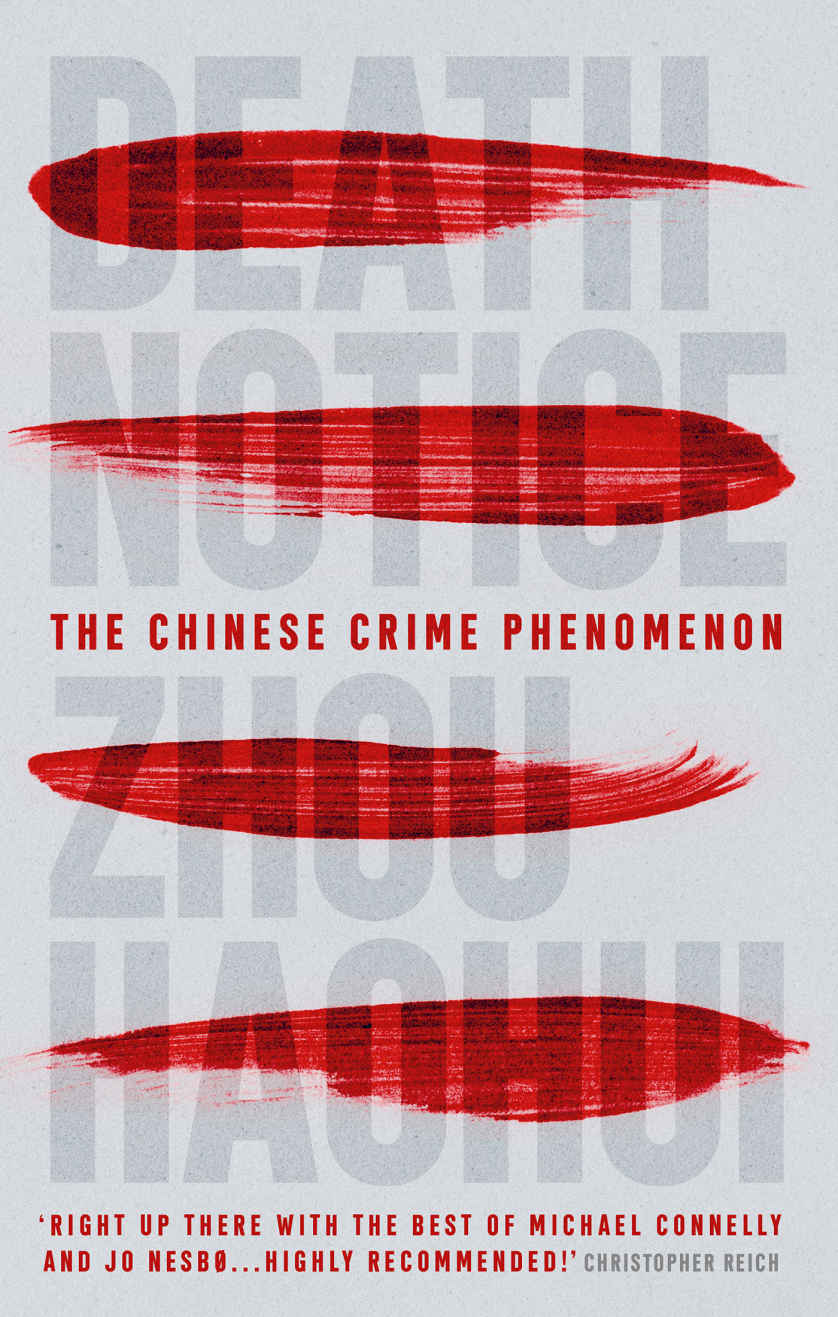 DEATH NOTICE by Zhou Haohui
A series of near-impossible murders in in Chengdu, China, are connected by the beautifully-penned ‘death notices’ which precede them, daring the police to try to stop this calculating killer. Each of the victims has to atone for their crimes; adultery, betrayal, murder and corruption. But this serial killer’s secrets start far in the past, with the intertwined histories of the key investigators. The killer seems to effortlessly evade justice as the trail grows more tangled – can the task force stop their ruthless opponent’s killing spree? Clever, unpredictable international intrigue.

DANCING ON THE GRAVE by Zöe Sharp
A standalone thriller from the creator of the long-running Charlie Fox series, set in the Lake District in England. In one of the most beautiful corners of the country, something very ugly is set to take place. For newly qualified CSI Grace McColl, it’s the start of a nightmare and the chance to prove herself after a mistake that cost a life. For DC Nick Weston, recently transferred from London, it’s an opportunity to recover his nerve after a disastrous undercover operation that left him for dead. And for a lonely, loveless teenage girl, Edith, it’s the start of a twisted fantasy—one she never dreamed might come true. 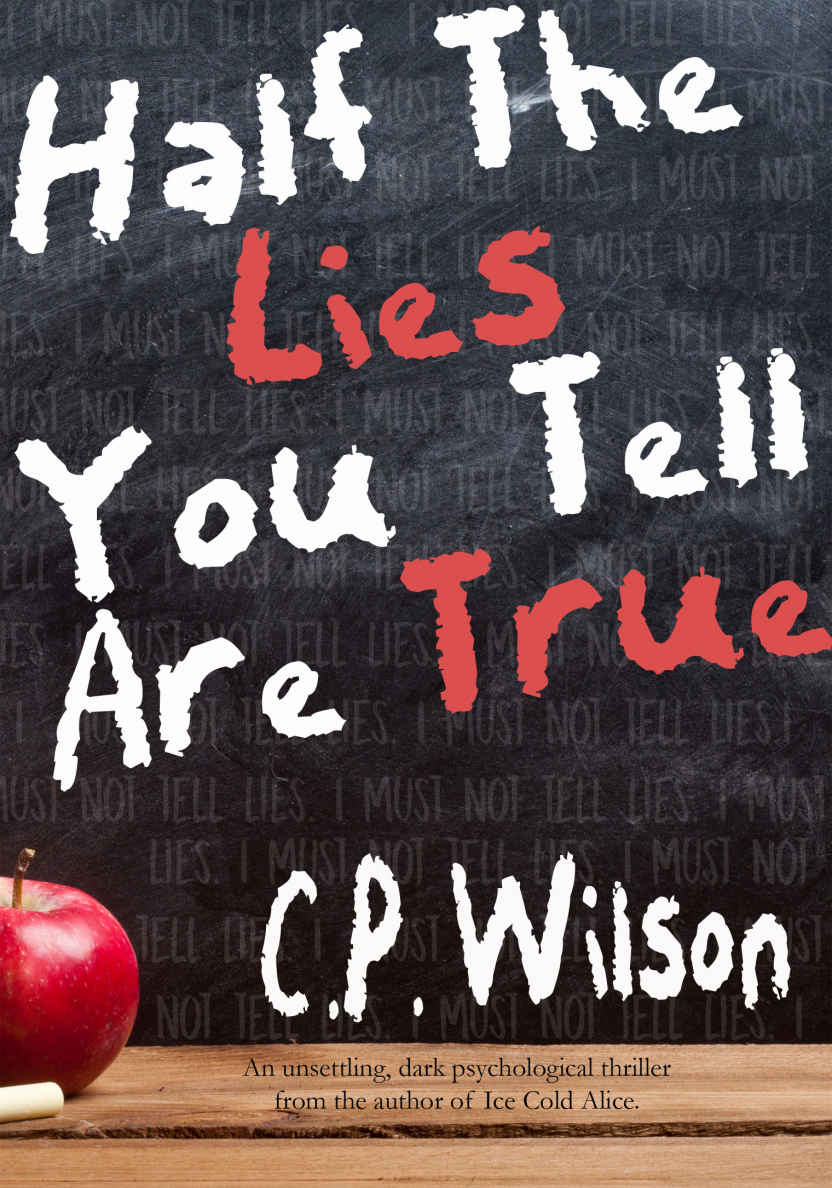 HALF THE LIES YOU TELL ARE TRUE by CP Wilson
A normal school day. Teachers and pupils going about their business. Lesson plans, marking assignments; messaging on Twitter and Snapchat. Until the day explodes in bloody violence when a pupil brutally attacks Mr Black. As the doctors struggle to save his life, social media is rife with rumours about his private life. Mr Black’s friends and family begin to question everything they thought they knew about him. Who is Dougie Black? Why did a child attempt to murder him? How did so many years of lies lead to an horrific moment of violence? In a warped world of distorted perceptions, can you believe anything you read on social media?
A chilling glimpse into modern life, mixed with a compelling mystery.

CONTRACEPTION, OUR WORLD REIMAGINED by Degen Hill
A thriller set 50 years in the future, when the world’s population has reached catastrophic proportions. Out of endless war and revolutions arose a new universal policy, one which brings out the worst in people so they can create a better world. When Li Hu and his wife want to have a child they must be approved by Contraception – an initiative requiring each applicant to first kill three random people to combat the world’s growing population. But such a radical solution is open to corruption, and Li soon faces hitmen, hackers and hostile politicians in a bid to overcome near-impossible odds.

RETURN TO HIROSHIMA by Bob Van Laerhoven
A complex and compelling novel of criminal intrigue, set against the backdrop of Japan’s economic depression and the legacy of nuclear holocaust. The body of a dead baby left by a peace memorial pulls Inspector Takeda into a bizarre investigation involving a demi-god Yakuza crime lord, an ultra-nationalist death cult, an international cast of teenagers searching for meaning in the modern world… and his own horribly troubled history, which takes us back to the worst of WW2. Skilfully blends the intimate and the immense, holding the audience in nervous suspense throughout. 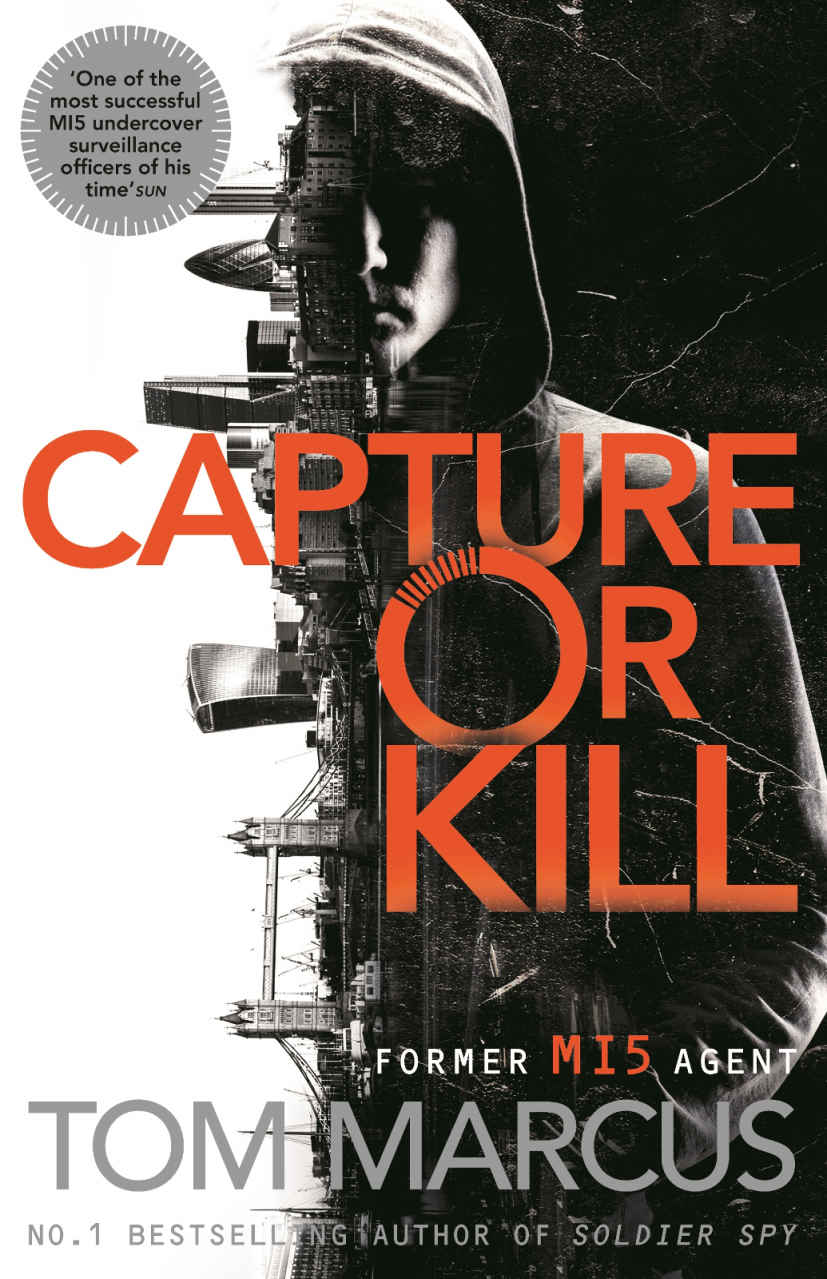 CAPTURE OR KILL by Tom Marcus
The start of a new espionage action-adventure series, written by an actual intelligence operative, and featuring the deeply conflicted MI5 agent Matt Logan. He’s on the front line, facing multiple terrorist threats against the UK and up against an implacable enemy. Frustrated by rules and regulations, Logan yearns for a way to break through the red tape. His wish seems to come true when he is offered the chance to join a new, deniable outfit. Then devastating news reaches Logan, throwing his world into turmoil. But one thing remains certain, he will join the team and become their fiercest, most ruthless operative… 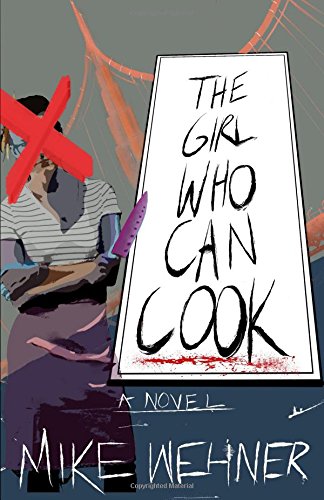 HE GIRL WHO CAN COOK by Mike Wehner
A romantic thriller which exploits the blackest of humour to explore themes of love, loss, emotional trauma, revenge and redemption. Features a strong, sassy woman in Erin, a chef who shot her boyfriend during a domestic dispute and who was found ‘not guilty’ of homicide charges with a successful self-defence plea. Erin has now started her own restaurant in San Francisco but she’s about to be visited by Alex – best friend of the deceased, about to take justice into his own hands… 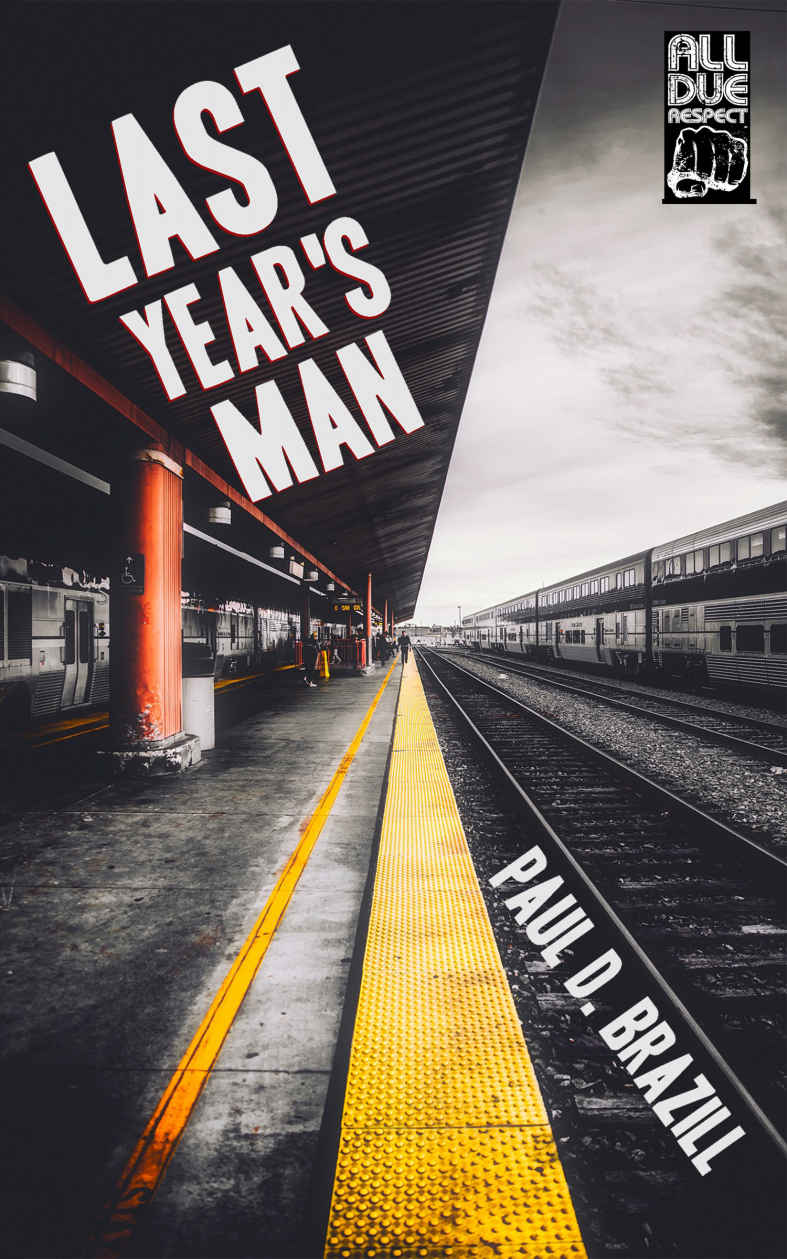 LAST YEAR’S MAN by Paul D Brazill
Witty, gritty Britcrime, in which black humour punctuates the no-holds-barred punches. An aging hitman leaves London and heads north to his hometown. He’s seeking peace, if not reconciliation, but his violent past has sunk its teeth in and won’t let go. One last job should set him up for the rest of his life… if he can survive it.

OVERKILL by Vanda Symon
World-class international crime from New Zealand, and the first book featuring female police constable, Sam Shephard. The apparent suicide of a young mother shocks the small rural community where Sam is the only regular police officer. When the death turns out to be murder, Sam is one of the suspects. Suspended from duty, she has to clear her name and uncover the killer – while the people she normally protects treat her with undisguised suspicion. An intense and atmospheric procedural which vividly evokes a sense of place and a powerful new personality.

One thought on “Crime Time: new books and ripping reads”