Traditional Nordic noir isn’t to everyone’s tastes. It can be oblique as well as beautiful, taking subtle understatement to the brink of a stilted stall. The bitter chill of a Scandinavian winter can be brittle and unwelcoming – not only to the characters, but to a new reader who might struggle to engage with the stoic nature of a soul honed by months of darkness in lonely isolation. At times, the genre can push matter-of-fact minimalism far beyond the boundary of mainstream crime fiction.

Dark Pines is the exact antidote to this. It seizes the core concepts of Scandinavian crime fiction and amps them up with a quarter-million volts of electric energy. It perfectly captures the eerie atmosphere of small-town rural Sweden, and blends it with the page-turning pace of an American thriller. You can feel the frost on your face and sense the menace in the twilight world of woods and wilderness. But author Will Dean doesn’t let the plot get bogged down by the stark beauty of the landscape. Instead he pushes events along with the urgency of an episode of 24 – there’s barely time to draw an icy breath…

Nor does Dean skimp on the characters. We ride along with journalist Tuva, a savvy young woman who’d be far happier working for a multinational media conglomerate in a hectic urban environment. She’d rather eat sushi than sheep’s head, any day. But for intensely poignant personal reasons Tuva is spinning her wheels at a local paper – trying to come to terms with a deep-seated grief while writing puff pieces about snow ploughs, school plays and planning applications.

When an elk hunter is found dead in the woods – with his eyes scraped out – Tuva seizes the chance to write her big story. And once she starts pulling on the threads of the investigation, we see just how solid a character she is; how committed and capable, but also terrifyingly vulnerable.

Tuva’s profound deafness is skilfully woven into the fabric of the story; her dependence upon her hearing aids feels like second nature by the end of the novel. This isn’t a token disability, but instead is an unflinching and realistic portrayal of coping with an additional challenge. In Tuva, Will Dean has created a genuinely three-dimensional protagonist, one who demonstrates considerable grit without breaking the boundaries of the real world. 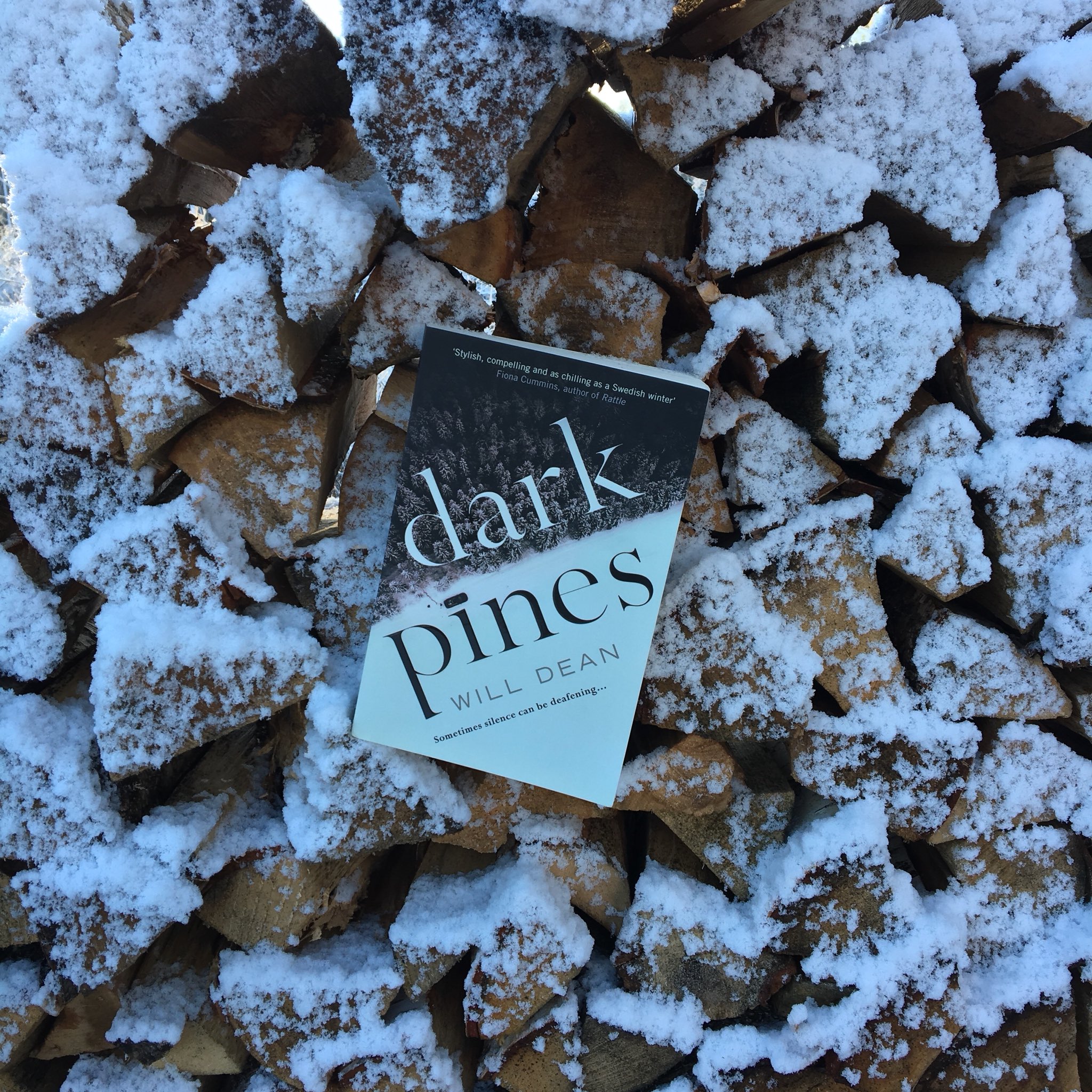 The supporting cast are equally engaging – or threatening, depending upon their role in the absorbing storyline. People who live in log cabins in the middle of nowhere are likely to be out of the ordinary, and these guys are far from the usual suspects. One of them is a serial killer, a successful stalker and cold-blooded murderer. All of them are strange, slightly out of kilter, unsettling and sinister. Most have secrets they’re trying to hide – and Tuva swiftly discovers the sordid side to many hidden lives.

The result is a Scandinavian thriller which is perfect for people who haven’t tried (or haven’t liked) conventional Nordic noir. It’s accessible but complex; fast-paced but deeply layered. Think of the paperback equivalent to The Bridge or The Killing. Dark Pines would be a considerable accomplishment for an established author with dozens of books to his credit – it’s flat-out astonishing for a first novel. Definitely one of our best books of 2017, and a perfect way to start the New Year…

One thought on “Dark Pines: Nordic noir for the newcomer”