The title sounds like an X-Files episode, doesn’t it? Instead this is a ‘golden age’ gumshoe story. It kicks off as a private investigation into the apparent suicide of a wealthy businessman – but soon it’s obvious that there’s a lot more going on than a bit of slap and tickle on the side…

New York gumshoe Charlie Doherty is doing pretty well for himself, considering it’s 1933 and most working joes are suffering the worst effects of the Depression and Prohibition. Charlie has a powerful benefactor among America’s elite class of high-rollers – which is just as well. While he was a detective on the NYPD, Charlie did some pretty questionable things at the behest of the corrupt commissioner, and he left under some seriously dark clouds.

Charlie barely has a chance to start asking questions about the dead man’s mistress before he’s the target of an Al Capone-style drive-by shooting. The next thing you know, he’s getting his chops slapped by beautiful women and broken-nosed coppers alike, and then suddenly people start talking German and the plot seriously thickens.

It’s pretty obvious, given the date when this story is set, what direction the narrative is going to take – but that didn’t make it any the less enjoyable. Author McCauley creates a credible representation of pre-war East Coast America, and you can almost smell the soup kitchens and cigars in his version of New York.

There’s a tip of the hat to just about every convention in the Big Boy’s Book Of Private Detection. Even so, it was refreshing to read a murder-mystery in which the hero isn’t a drug addict or an alcoholic or an amnesiac or anything weird. Instead he’s a smart guy handing a pretty slick job. The dialogue is slick, the pace clips along without getting bogged down in unnecessary background (or too much attention to irrelevant detail), and one mystery is satisfactorily solved… although author McCauley leaves a big can of worms wriggling for the next episode.

Nothing especially gruelling here; the violence and language aren’t explicit or offensive. A professionally polished package, in fact, which made for an entertaining afternoon.

7/10
Reviewed by Rowena Hoseason
The Fairfax Incident by Terrence McCauley is available as an ebook or paperback (both horribly expensive right now: we’d wait six months until the prices are more sensible…) 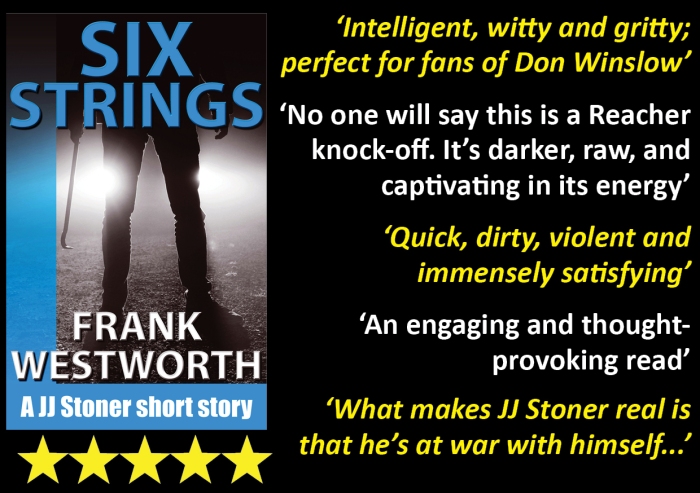