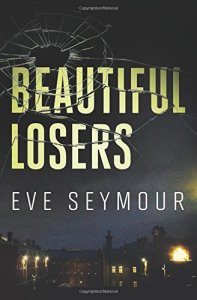 BEAUTIFUL LOSERS by Eve Seymour. A clinical psychologist, Kim, has many admirers but only one who wants her dead. Someone’s stalking her and a disfigured former model, Kyle, fits the bill. But Kyle has a plausible explanation for every twisted move he makes. Are the scars they share more than skin deep? Or is her enemy closer to home? A darkly disturbing exploration of paranoia and self-obsession, out on 1st April. Full review coming soon. 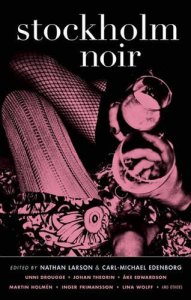 STOCKHOLM NOIR from Akashic. A collection of brand new stories from some of Sweden’s best crime writers, and a welcome addition to this excellent noir series. The city is presented as a gaping maw ready to devour your soul should you wander down the wrong alley… The editors aim to showcase the darker, grittier, more intense world of Swedish noir fiction. Here the dangers lurking beneath the IKEA lifestyle are given free rein, and words are given to the ambivalence and despair of a model society. Full review coming soon. 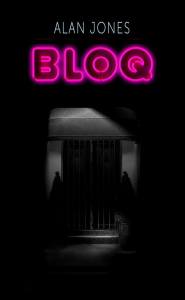 BLOQ by Alan Jones. When his 20-something daughter vanishes from her life in London, and no one takes her disappearance too seriously, her father determines to find her for himself. His questions reveal a shocking secret life of drug abuse and sexual exploitation, all centred around one sleazy nightclub and its sinister, seductive Eastern European owner. What desperate measures might a father take to save his daughter? And is he too late? 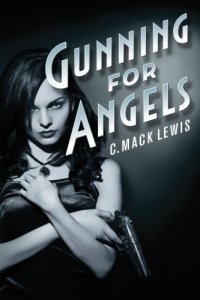 GUNNING FOR ANGELS by C Mack Lewis. When a golden haired beauty is found brutally slain, sixteen-year old Enid is suddenly the prime suspect. On the run and looking for her father, Enid finds herself caught in a web of murder, violence and underage sex trafficking. Gritty detective noir with a wicked femme fatale, a handsome PI with a problem and a cop who’s determined to nail the wrong person. Full review coming soon. 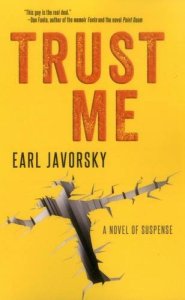 TRUST ME by Earl Javorsky gives the reader chilling insights into the mind of a psychopath, one who disguises his twisted deeds with an outwardly respectable persona. A string of apparent suicides share unpleasant similarities, and it looks as if a self-help cult are lining up the next victim… 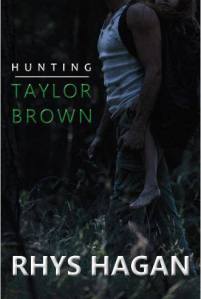 HUNTING TAYLOR BROWN by Rhys Hagan. Outlaw bikers, rogue police, brutal gangsters and a ruthless assassin all to claim the bounty on Ryan Hall’s head, and recover the girl he rescued, Taylor Brown. Just two detectives defy the odds to clear Hall’s name and uncover the conspiracy behind the disappearance of a child.

THE MOORS by Jody Medland. A chilling psychological thriller, set in the 1970s. An investigative journalist goes undercover at a care home for disturbed children. She discovers that some secrets are better left buried…

DRAWING IN THE DARK by Jeremy Baker is an anthology of 13 tales of the unexpected, which span multiple genres and defy expectations. On a lonely mountain, a rifle-toting nun faces an unexpected test. A scientist makes an incredible discovery at the heart of a melting European glacier. The Florida Everglades exert an irresistible, supernatural pull on a dying man, the last descendant of a great Seminole shaman. A young girl, trapped in a waking nightmare and seemingly without hope, devises her ultimate escape using the most unexpected tools. A group of desperate men, almost out of luck and on the run, find themselves in an eerie Badlands town. Something for almost everyone… 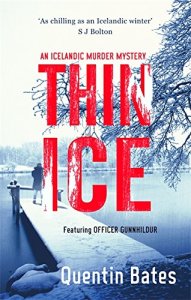 THIN ICE by Quentin Bates. An intelligent, well-plotted and thought-provoking Icelandic criminal investigation which starts when a lowlife robbery goes wrong and hostages are taken. Sergeant Gunnhildur starts a missing persons investigation then rapidly has murders to solve, but the clear-cut lines between criminals and victims are soon obscured. Features some truly intriguing bad guys and one of crime fiction’s most convincing female detectives. Full review coming soon. 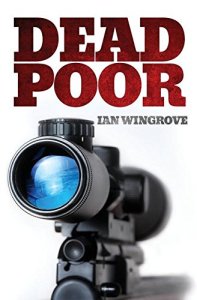 DEAD POOR by Ian Wingrove. Private detective Tom Barlow is making a documentary about the Met Police’s investigation of a serial killer; a deadly sniper intent on murdering the poor. Forced to dodge bullets, fight robotic spider assassins and make deals with killers, Barlow goes up against the Met’s top brass in his determination to expose the truth. Set up as the prime suspect when a gruesome torture shed and two corpses are discovered, Barlow unleashes his psychotic side. 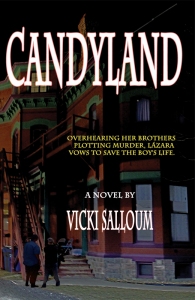 CANDYLAND by Vicki Salloum. New Orleans survived Hurricane Katrina, but the crystal meth trade rises from the floods, pulling families apart and inspiring acts of murderous intent. A teenage girl finds herself forced to choose between saving a life and betraying her criminal family in this contemporary noir novel, populated with vivid characters in a compelling story.

BLACKSPOON by Daniel Eagleton. A conspiracy thriller which starts with soldiers drug-running from Afghanistan. When the military policemen who provided Charlie with safe passage go missing, he might be next on the hit list. But who would believe him – veteran of a war which no one understands and a criminal drug-smuggler into the bargain?

LOCKDOWN by Scott Black. Suspense on the high seas from a Navy veteran. A crewman is violently struck down, and the attacker slips into hiding among the crew. The ship is put into lockdown – all crew members are confined to their quarters. Tyler is given the task of finding evidence, and he uncovers far more than he bargained for.

OGRODNIK by Gary Raymond Coffin. The first Elliot Forsman mystery starts with the murder of Elliot’s father in Montreal. Ill-prepared to tackle his first PI investigation, Elliot and his partner are rapidly ensnared in a web of corporate conspiracy and hired mercenaries where even the local police cannot be trusted. Fighting fire with fire, he recruits a man of violence and must confront his own demons to see justice done. Full review coming soon.

DEATH BY DIPLOMA by Kelley Kaye. A cosy criminal mystery, set in an American high school. When police struggle to find the killer of the school caretaker, in step two teachers. They encounter multiple suspects: the schizophrenic librarian, the crude football coach, the mysterious social studies teacher, and even a potential new love interest. Along the way they learn more than they ever wanted to know about the reasons people kill. 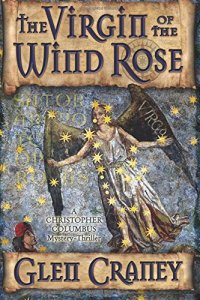 THE VIRGIN OF THE WIND ROSE by Glenn Craney is a globe-trotting, time-spanning blend of nautical history mixed with modern mystery. A rookie lawyer was never much good at puzzles. But she must solve a mysterious ancient palindrome to thwart a global religious conspiracy that reaches across five centuries, in this ‘Christopher Columbus mystery thriller’. 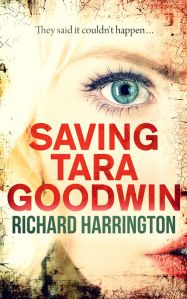 SAVING TARA GOODWIN by Richard Harrington. A fast-paced, gritty international thriller which sets rival special agents racing to save Tara Goodwin after classified files are breached, and confidential info exposed. Throw an insane assassin into the mix and the hunters rapidly become the hunted, while the potential victim’s time draws near… 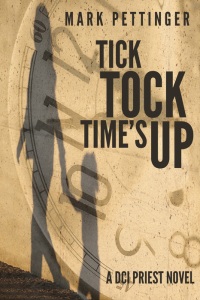 TICK TOCK TIME’S UP by Mark Pettinger. The second DCI Priest investigation follows the misfortune of a suburban family whose young son is abducted. When the kidnapper unexpectedly makes contact, everyone’s hopes are raised. However, the nightmare isn’t over and the worst is yet to come. With few clues to follow, Priest appears to be always one step behind. But one thing he knows for sure; the clock is ticking, and time is running out.

MURDER AND MORE by Gerald Darnell. The latest in the Carson Reno mystery series set in the 1960s, which use real geography, and pictures and characters you may recognise. Carson is hired to investigate his client’s husband – who’s then brutally murdered. The action tracks though New Orleans, Humboldt, Memphis and Florida where he chases numerous suspects trying to track down a missing person and the killer he’s been hired to find. Light reading, with minimal explicit content.

THE WRECKING CREW by Taylor Zajonc. A thrilling adventure set in the world’s last frontier, a story of a deep-water salvage diver set free from a Moroccan prison and forced to lead a covert mission into pirate-infested Somali waters. When his expedition threatens to expose the true source of an oceanic plague, he must assemble an unproven crew of former enemies and fight for the fate of the entire region.

THE GHOST PATTERN by Leslie Wolfe. An offshore drilling platform becomes unresponsive to all communication attempts. The Russian president and his top advisors seek the fastest strategies to ruin the United States. A commercial flight, carrying 441 people disappears in the middle of the Pacific Ocean. Why? In the new age of terrorism, nothing is what it seems. Heroine Alex Hoffman risks everything to reveal the truth.

More ripping reads on a sci-fi / paranormal / horror theme to follow in our next round-up. Authors / publishers: feel free to drop an email or find us on Facebook if you’d like your title to be mentioned next time around…

Oh, and yes there is an argument that ‘conundrums’ is the correct term. But we’re trying to balance the effect of all those ‘referendums’