Serial killers, cosy crime and Nordic noir: it’s all in our selection of murder and mystery featuring top-flight writers, exciting indie authors and a few new names you should definitely get to know. The action tracks between gritty BritCrime, the Russian mafia, Los Angeles in wartime, a typically English mystery, Weimar Berlin and small-town Sweden. Read on to discover ten crime fiction titles you might otherwise have missed…

NEON PREY by John Sandford
The Lucas Davenport series is one of the longest running sequences of American thrillers but there’s nothing to stop you starting with this, the 29th episode. Recent books have returned Davenport to his man-hunting roots as a US marshall, and this time he’s after a previously undiscovered serial killer – a murderer who’s developed a taste for his victims… Take a grisly roadtrip through the southern states as Davenport tracks his fugitive from Louisiana to Las Vegas, and enjoy the author’s snappy dialogue and tight plotting en route.

This rip-snorting Scandi series picks up immediately where 18 Below left off, with a wave of apparently random homicides is sweeping through an idyllic Swedish seaside town. The murders have no pattern, no order, no reason. The perpetrator is immune to psychological profiling; forensically untraceable; utterly invulnerable to modern police techniques. To make matters worse, Fabian Risk’s investigation is undermined by his personal problems, a corrupt colleague and his boss’ descent into addiction.
Fast-paced, gripping and gruesome with the darkest aspects of criminal depravity hidden in twisted conspiracies. Perfect for fans of The Killing or The Bridge.

THE PARTNERS by Jack Polo
A psychotic assassin with links to the Russian mafia is getting away with bloody murder – and the detectives who might just be able to stop him can barely bring themselves to trust each other. There’s no love lost any longer between Trane and Simmons, not after betrayal and a bitter break-up. But if they’re going to stop this ruthless killer, and keep themselves safe, then they have to overcome their animosity – and outwit a hardened hitman. 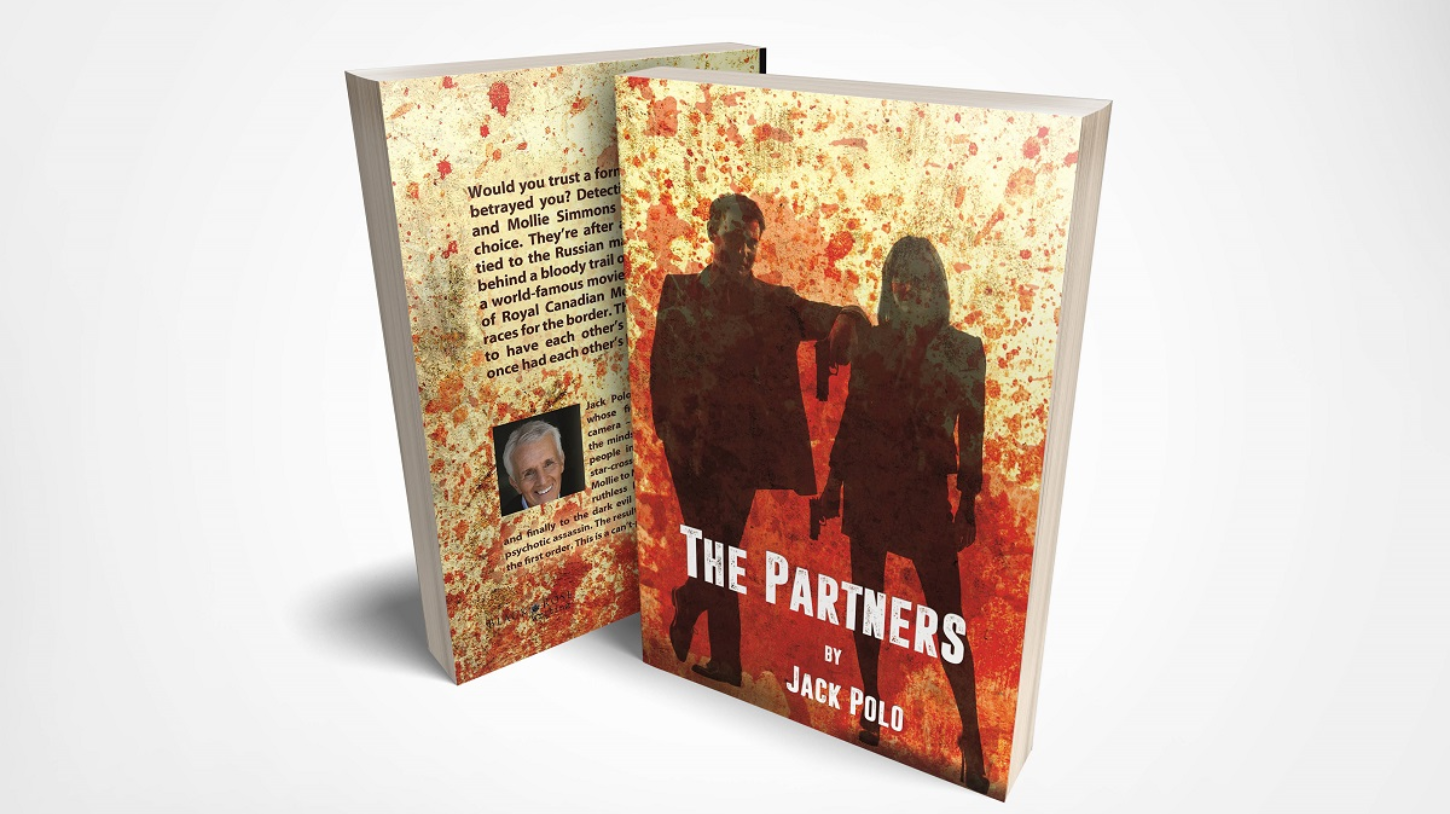 THIS STORM by James Ellroy
An epic, audacious American history, disguised as a crime-thriller and delivered in Ellroy’s trademark style of clipped phrases, rapid patter and jarring juxtaposition. It’s 1942 in Los Angeles, with storms brewing all around. After Pearl Harbor, Japanese citizens are being interned. Fascists, communists and war profiteers compete for street supremacy. The cops are corrupt or incompetent, barely keeping a lid on things, but their three separate investigations gradually morph into one scandalous case which plumbs LA’s unsavoury side. The first dead body simply sets the ball rolling in this intricate depiction of the American psyche. Not an easy read, but a horribly realistic evocation of an era which is more normally white-washed beyond recognition.

MURDER AT MACBETH by Samantha Goodwin
When the curtain rises on The Scottish Play, you can bet there’s plenty of bitching and back-biting going on backstage. But showbiz rivalries rarely lead to attempted murder – except this time. Someone’s been tampering with the props, so when a talented young actress stabs herself live on stage the consequences could be fatal.
In the best traditions of classic crime, the disillusioned detective and his shrewd sidekick must select the culprit from seven key suspects. Their investigation uncovers scandal, blackmail and deceit – but how do illicit trysts and old feuds fit in to the killer’s script? A perfect mystery for fans of golden age whodunnits.

DIARY OF A MURDERER by Young-Ha Kim
A collection of challenging and captivating stories from one of South Korea’s most powerful writers, exploring the darkest corners of the psychological thriller. The opening novella gleefully imagines a serial killer suffering from Alzheimer’s disease, losing his sense of self but determined to protect his daughter from an equally lethal murderer. Another tale considers the consequences of a kidnapping – and what happens to the family when, years later, that child returns…
Kafkaesque humour softens the edge of these intensely introspective thrillers. The narratives veer between ambiguous morality and surreal philosophy, unpredictable and engrossing, as the author peels back layers of love, loss and obsession. Strange, yet curiously satisfying.

PITY THE DEAD by Keith Nixon
The backstreets of a decaying seaside town are a long way from the amusement arcades. Drug addicts are dying and most people don’t care. After all, they’re just junkies. But the recently promoted DI Solomon Gray sees beyond the dead bodies to the lost lives they represent, and he’s prepared to do something about it. That means stopping the toxic narcotics at their source; bringing down the Albanian gang who’ve taken over the town. One of the dealers offer him a way in, if he can meet her terms. Meanwhile, an old enemy calls – and ask for help to trace a missing husband. It seems trivial compared to cold-hearted killing, but Gray may have underestimated the odds…

It’s 1992 and eastern Europe is reeling from the collapse of communism. A series of grisly murders in Warsaw suddenly escalates into an international emergency when radiation is detected on one of the victims. Has nuclear material been smuggled out of the disintegrating Soviet Union? An FBI agent is sent to assist the investigation in Poland, where corrupt officials and outright gangsters build fortunes on the ruined wreckage of the socialist state. As politicians scrabble for power, scientists capitalise on their sudden freedom… and a Russian physicist with a portable nuclear bomb disappears off the radar. Can he be found before that bomb falls into the wrong hands?
An action-packed espionage thriller, stacked with paranoia and betrayal, set against the all-to-real struggle to survive in the post-Soviet era.

THE FATHERLAND FILES by Volker Kutscher
If you’re already missing Bernie Gunther already, then the accomplished investigations of Inspector Rath should fill that gap. They’re set in Berlin’s seedy underworld in the Weimar era, with the Nazi threat lurking in the shadows. A drowned man has been discovered in a vast pleasure palace on Potsdamer Platz, far from any standing water. Inspector Rath tracks the culprit to a small town on the Polish border where he comes into conflict with the fascist element, ominously flexing its muscles…

What do kleptocratic dictators do if caught in a corner? They start a war. What do freedom-loving people do if their homeland is under attack? Fight back. What do YOU do if you alone hold the key to put an end to this madness?
This debut political thriller tackles all these questions, against the backdrop of recent conflicts in eastern Europe. A ‘shockingly realistic’ scenario which reflects the rising tension between Russia and the western world.